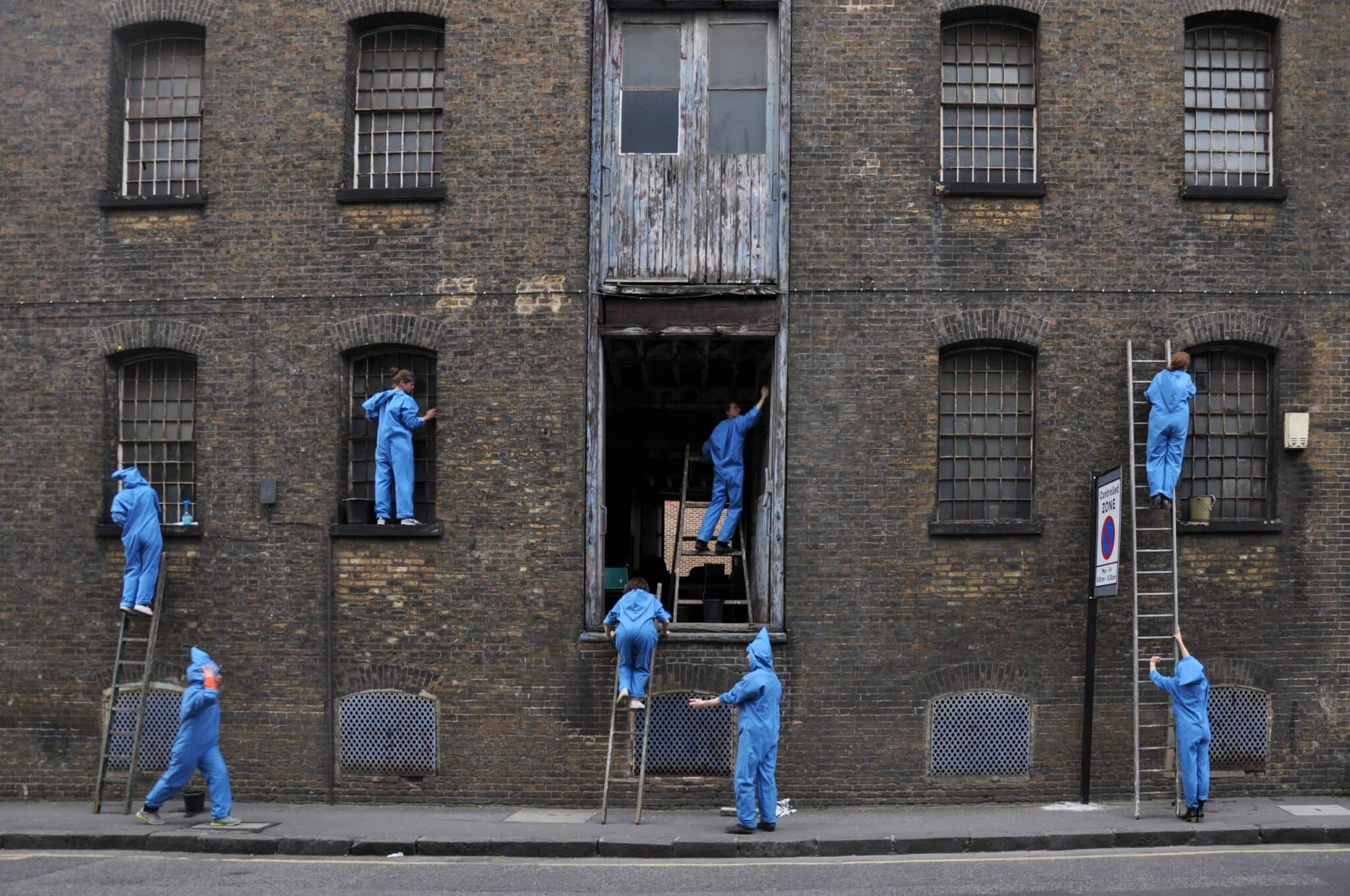 Bearded, rumpled and holding court like a rambling but beloved uncle, Žižek takes a detour to the philosophy of toilet design before meandering back to the main point: the tension between an open and inclusive worldview and the architect’s desire for order and hierarchy.  “Modern architects perceive a problem in contemporary society and through urban design, attempt to mask or relieve it,” he says.

The 25 mostly young, mostly architects gathered at the conference, held in a former insane asylum on the edge of the city, were here to present their ideas for how this might be accomplished.

Some pitches were confusing, it appeared, even to the presenter, many were clever ideas badly presented and still others were elegant and practical solutions to an immediate need.

The Office of Displaced Designers, based in Lesbos, Greece offers refugees the chance to resume their creative practice while they wait for news. “Humanitarian aid services are primarily delivered to target groups based on vulnerability not on intellectual interest and capacity. Autonomy is severely limited while people wait for undetermined periods of time. We understand that resilience is a finite resource.”

Refugees who wish to, can share their design, architecture and urban planning skills with others, including people from the host community.

Spanish architect Adriana Pablos Llona wants to rescue the city and envisions a future where we “approach every challenge with the interconnection and knowledge of all.” Dry construction methods mean buildings and the spaces within remain adaptable over time. Cantilevering and inclined slabs add natural light and space for gardens and go a considerable way towards fixing the inherent ugliness of tower blocks.

“Utility is where ideology declares itself,” says Žižek, in the midst of another series of jokes and stories and, indeed, the most interesting idea of the day was presented by City Patch, a project by the small Polish firm Studio No. Design for a while, Studio No “tries to solve problems, not build monuments.”

The best right-now solution is not a common concept in architecture, but perhaps it should be.  After all says Žižek, whether it is making love or creating a better future through built environment, “the game functions only if it is not taken very seriously.”