The Largest Mirrored Building on Earth, the Maraya Concert Hall in Saudi Arabia 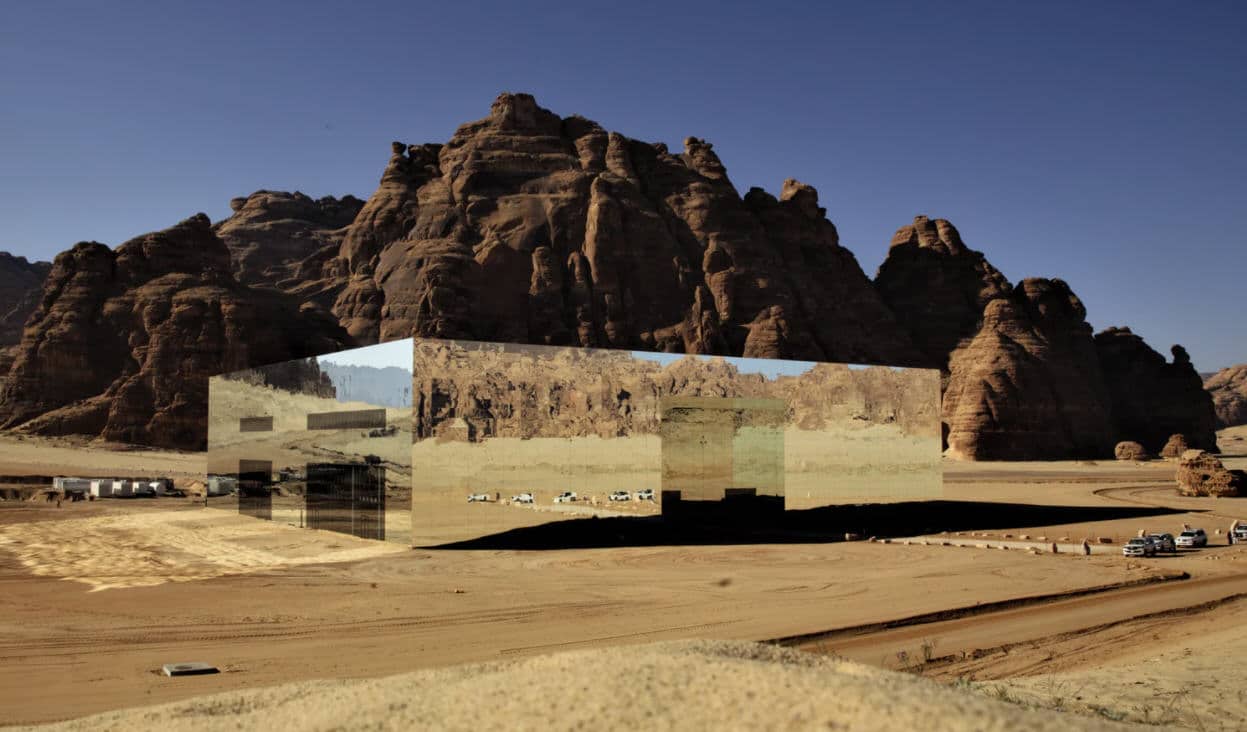 The awe-inspiring Maraya concert hall in Saudi Arabia’s northwestern desert holds the Guinness World Record for largest mirrored building on earth, but another impressive feat which received less recognition is the fact it was effectively completed in just two-and-a-half months in 2019 – possibly a record in itself.

As the start of a major festival in December 2019 drew closer, hundreds of people worked around the clock to erect a 100x100x26m cuboid steel frame and clad it with 9,740m2 of mirrors that cover the exterior.

“When you build something in a beautiful location, what do you do? You can’t compete – so let’s enhance the landscape,” said Alberto Bounous, development director of the Royal Commission for AlUla, a regional government body that commissioned Milan’s Giò Forma studio to design the project.

“We created this to put AlUla on the global cultural map,” he told ArchiExpo e-magazine.

A total of 3,000 pre-tempered panels were manufactured locally by Guardian Glass, which adapted its highly durable UltraMirror product to withstand harsh conditions like wind, sandstorms and extreme temperature fluctuations. Subtle curvature on the façade means that, from a distance, the building looks like a shimmering mirage of the surrounding panorama – but as visitors move closer, they see a perfect reflection of themselves.

Fittingly, the Arabic word “Maraya” translates as a mirror or reflection. “You meet past and future together in the same moment – the mirror just adds another level of perception,” said architect Florian Boje, a specialist in set design and land art, referring to the presence of spectacular ancient tombs just 22km from the new building.

“The mirror is a way to create a dialogue between nature, history and the future.”

Inside, the main auditorium houses 500 seats, along with five boxes with space for up to 60 more guests. Behind the stage, an 800m2 retractable window can be opened to reveal craggy rock formations, which are illuminated at night and produce colorful reflections. Other facilities include a roof terrace, a conference center, exhibition space (including an “infinity room” installation by Yayoi Kusama) and a restaurant.

“Our kitchen was fitted in zero time because the equipment arrived a day before opening,” recalled Bounous, who is an architect by training. “We built this in the shape of a U, because we knew the risk of not completing it; we had to prioritize as we couldn’t run events without the theatre, toilets, lifts, etc.”

Bounous admits the first season was essentially a 4-month “experiment,” as the arid climate may require modifications to be made.

“Because the temperature varies so dramatically, from 2ºC to 45ºC, the building is never still,” he explained. “It constantly moves and adjusts itself.”

WATCH: “The Other Petra” about Hegra, an ancient archaeological site in the northwest of the Arabian Peninsula. It is famous for spectacular Nabataean ruins – monumental tombs from an abandoned necropolis.