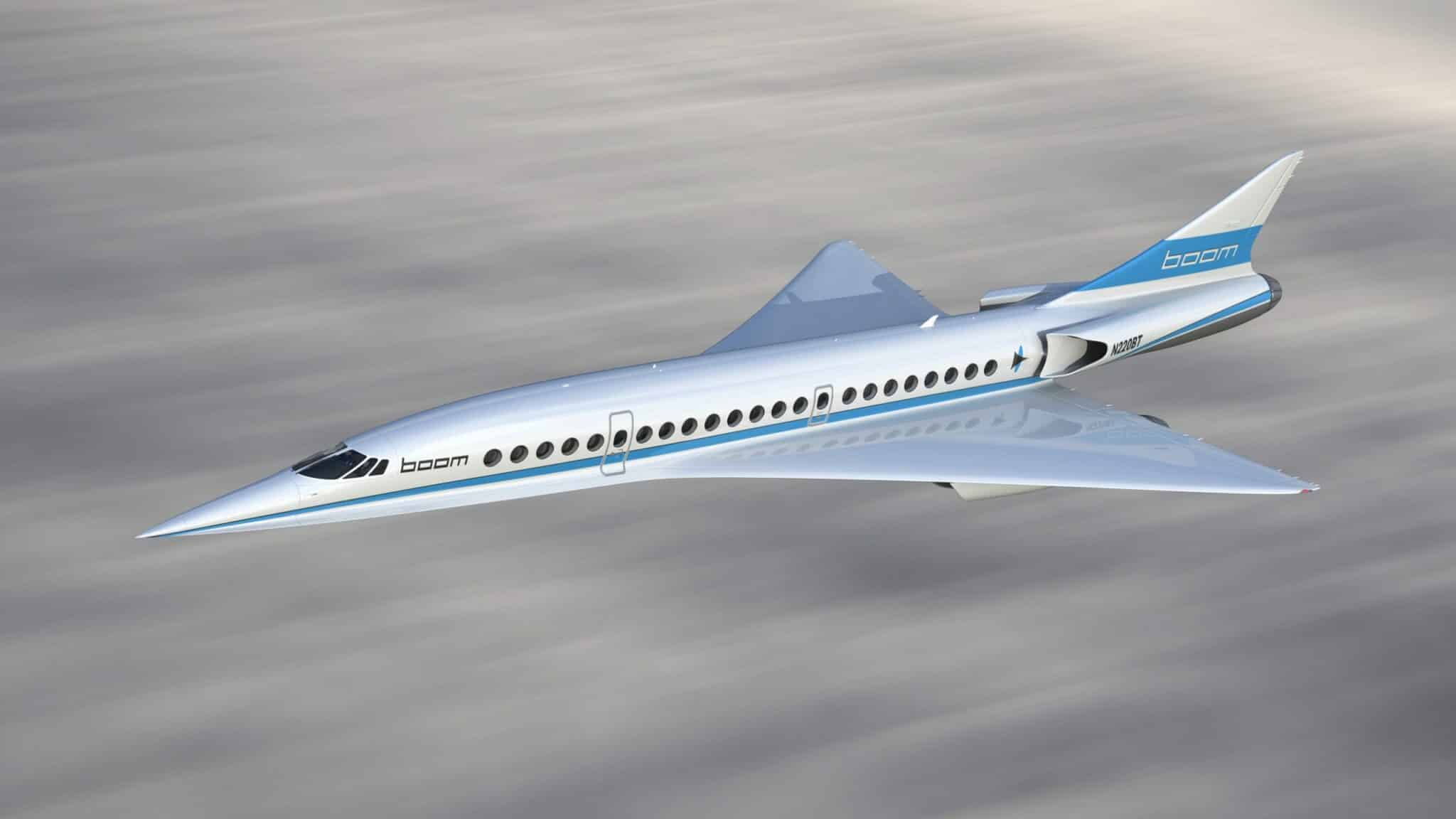 Supersonic flight has existed for over half a century. The problem is, it hasn’t been affordable for routine travel—and regulations for commercial use have made it nearly impossible. The Concorde linked both sides of the Atlantic for more than three decades until economic and political issues led to its retirement in 2003.

Even then, the Concorde could only make full use of its supersonic capabilities when flying over the ocean. The future of supersonic flight depends on designing the aircraft to produce a silent or soft sonic boom when it breaks the sound barrier and rendering the plane economically sound to build and maintain.

Denver-based startup Boom Technology, established in 2014, is attempting to reboot supersonic transportation on a commercial level. According to the company, “nearly six decades after the dawn of the jet age, we finally have the technology for an efficient, economical and safe supersonic flight.”

Boom’s concept plane will be made of a carbon-fiber composite instead of aluminum, reducing weight, and will house only 40 standard domestic first-class seats, compared to the 100-seat Concorde. Every passenger will have an aisle seat and a window seat because Boom has designed the plane into two single-seat rows. Window views include the curvature of Earth since the plane will cut flight-time by flying at 60,000 feet. Boom’s concept plane should exceed the Concorde cruise speed of Mach 2.02 (1,334 mph) by reaching Mach 2.2 (1,451 mph).

NASA has also been active in developing more efficient, quieter supersonic airliners for commercial air travel. Its concepts with Boeing through the New Aviation Horizons initiative and its recent teaming up with Lockheed to research Quiet Supersonic Technology (QueSST) offer additional possibilities for the future.

“Many people took to social media to post their concerns as to what just happened, sparking the hashtag #boomgate and many images of Godzilla,” wrote Amanda Jackson on CNN.

Another race runner, the Aerion Corporation, a Nevada-based private aircraft manufacturer, and Airbus have begun working on their Aerion AS2 supersonic private jet. It’s designed to carry up to 12 passengers at speeds of Mach 1.6 and is scheduled to enter service in the next decade. They’ve already calculated the time advantage for several main city-to-city routes.

Boom is claiming to be ahead of its rivals at this point, with test flights of the XB-1 to begin near Edwards Air Force Base in Southern California late this year (Aerion’s first flight is planned for 2021). The company is aiming to begin commercial operations six years later, in 2023.

“30 times more efficient than Concorde,” according to Boom Technology.

Its concept plane holds key technologies for future supersonic flying. Technologies such as composite fuselages and high-temp material systems have only recently been accepted by FAA for commercial aircraft. The Boom airliner takes advantage of this by incorporating advanced aerodynamics, featuring a slender fuselage and a refined delta wing, optimized through 1,000+ simulated wind tunnel tests.

“At Mach 2.2 (1451mph), the nose and leading edges of our aircraft reach 307°F (345°F on a hot day). Concorde, built from aluminum, grew about 15 inches in length due to the heat of supersonic flight. Composites expand much less with heat, allowing a simplified and lighter design,” according to the company.

A pilot in either seat can fly the airplane, as both the seats are equipped with center sticks and rudder pedals. Also, the environmental control system provides a comfortable pressurized cabin.

The XB-1 stores 7,000 pounds of jet fuel in 11 separate tanks that include fuselage and wing tanks. Jet pumps provide a reliable stream of fuel to each of the three engines. Just like Concorde, an aft trim tank holds fuel during supersonic flight.

“This one-third scale realization of the Boom passenger airliner will demonstrate in flight the key technologies for practical supersonic travel and is the first independently developed supersonic jet and currently history’s fastest civil aircraft.”

If development goes as planned, the full-size version, including cockpit systems from Honeywell and engines manufactured by General Electric Co., could start carrying passengers early in the next decade, according to the team at Boom Technology.

“Innovative structural features are often adopted because they incorporate low-cost processing methods that take full advantage of the potential benefits possible with new materials.” Designers, learn more on how to design innovative structures for aircrafts here.

On Board with Boom?

“The Boom airliner will be a core part of the intercontinental airline fleet.” Mike Boyd from Colorado-based Boyd Group International.

Right now, though, it’s simply included in one of the many new supersonic and hypersonic plane concepts promising shorter flight times, with none yet to see a runway.