Home » The Pater Noster Lighthouse, from the Oscars to a Christmas Story

The Pater Noster Lighthouse, from the Oscars to a Christmas Story 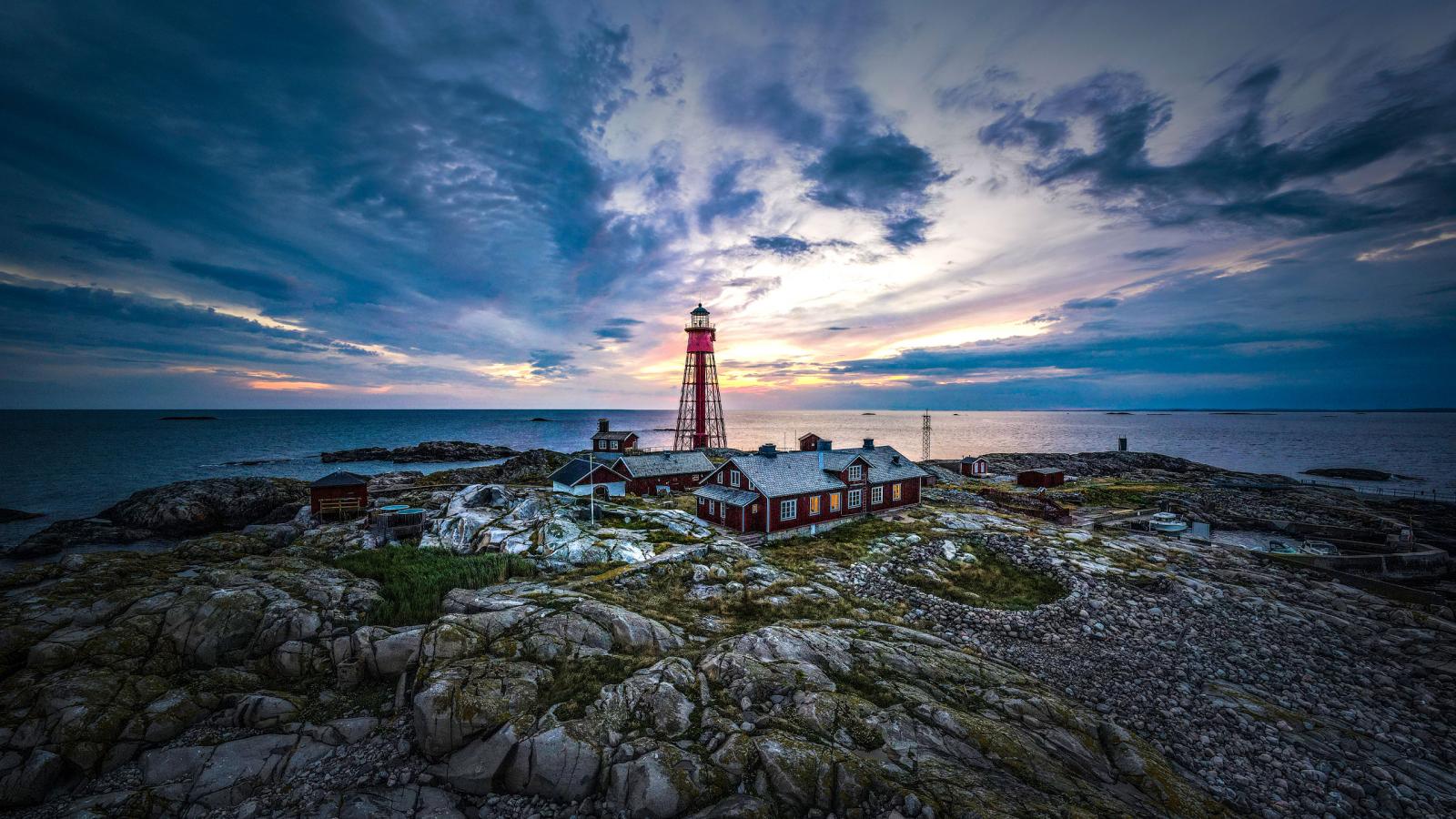 Award-winning Swedish design agency Stylt restored the Pater Noster lighthouse and turned it into an experience-driven boutique hotel. The story has exploded in the media over the last year and soon, as part of the Oscars goodie bag, the hotel will receive world-renowned actors, actresses, directors and the like.

The story of the Pater Noster lighthouse has been told and retold, but Erik Nissen Johansen, Owner, Founder & Creative Director, Stylt Trampoli maintains his story-telling energy on stage. During the recent Hotel Interiors Experience (HIX) event in London, he once again awed a large audience with his wild tales of the renovation and branding journey of the lighthouse.

As history has it, the Pater Noster lighthouse never should have been constructed on the tiny island Hamneskär outside Marstrand on the Swedish west coast, where nothing grew. Still, haunting stories of 700 deadly wrecks—due mostly to an underwater glacier and islands—had been recorded over the last thousand years, so something needed to be done.

One hundred and fifty years ago, serious thought went into building a lighthouse on the island Hamneskär. In the span of two years, contractors built the lighthouse and the lighthouse keeper’s house out of stone. The chief engineer of the Swedish Institute of Lighthouses also thought to make a cast iron construction similar to that of the London Eye or the Eiffel Tower; it was cast in a factory, then brought to the island. The iron cast construction only took one week and could never have been done on the island.

They named the lighthouse after the sailor’s prayer, “When you’re getting close, pray your prayers.” No one believed the lighthouse keeper would survive on the island, where the weather was at its worst and no vegetables or fruits were growing.

The first keeper to accept the position, lighthouse master Carl Julius Olsson went with two other families and a school teacher. They survived on seals, lobster, crabs, and managed to grow tomatoes in the tower thanks to the heat generated from the oil-run light.

Whenever a ship came after dark, it had to anchor and wait for the pilot to let them into the port. That was when the lighthouse master would invite the captain for dinner. Carl Julius Olsson was considered a hero, remaining lighthouse master from 1868 to 1870. Several masters followed after him. Only one fatal wreck occurred since the lighthouse was constructed.

In the spring of 2020, a group of Swedish entrepreneurs signed a lease contract with the National Property Board of Sweden. The vision was nothing less than to turn the abandoned island into one of Sweden’s top destinations.

“We figured,” said Erik Nissen Johansen during the HIX conference, wearing a fisherman’s hat on stage, “that if it didn’t work out, it would be our shared vacation spot. I’m more of a fisherman trapped in a hotelier’s body, anyway.”

The project required practical thinking since it wouldn’t be possible to wash the linen on the island and would necessitate a lot of transportation back to the mainland. The group of friends tried to understand what they wanted to do with the lighthouse.

They only had two options: make it hostel-worthy or turn it into a 5-star hotel. They chose the latter. When they first opened in the summer of 2020, no one came.

“We started to understand why the previous tenants went bankrupt,” he said.

Once the weather improved, and thanks to incredible aerial shots by Erik who is also a drone photographer, people started coming to the hotel for coffee. He began taking more drone photos to capture the emotional aspects of the island and that grabbed international attention: Vogue, Condé Nast Traveler and Forbes, among many others, put Pater Noster high on their lists of “must-experience destinations” around the world.

In December 2020, Stylt and Pater Noster won the judges special award ”Judges So Cool” at the 40th annual Gold Key Awards for Excellence in Hospitality Design.

To combat COVID restrictions and help lift spirits, they collaborated with Goteborg Film Festival to offer one special winner a week stay at the boutique hotel from January 30 to February 6, 2021. They selected an avid film-savvy enthusiast, Lisa Enroth from Skövde, Sweden, who had been working as an emergency nurse in Sweden.

Media followed her, by boat, filming her arrival onto the island. She waved them off as she stood on the edge of the island, ready to begin her one week of isolation to enjoy watching as many of the films in the festival as she desired on large screens in the multiple rooms of the hotel.

With such an immense and worldwide boom of attention, the team at Pater Noster received a call with a very delicate request: A three-night stay for all of the Oscar winners. It’s not a request one would want to turn down. We won’t know who’s going when, of course, but we certainly hope Anthony Hopkins is nothing like his Hannibal Lecter character.

For Erik Nissen Johansen, though, the real guest star is an 85-year-old man who contacted him to say he used to be the assistant to the lighthouse master before it was automated.

“It was hell and heaven,” the assistant told Erik.

He assisted Lars Zimmermann, the last lighthouse master to work on the island. The assistant had dreamt about returning there every day. Erik invited him for a Christmas dinner on the island as a special guest. It’s right around the corner.