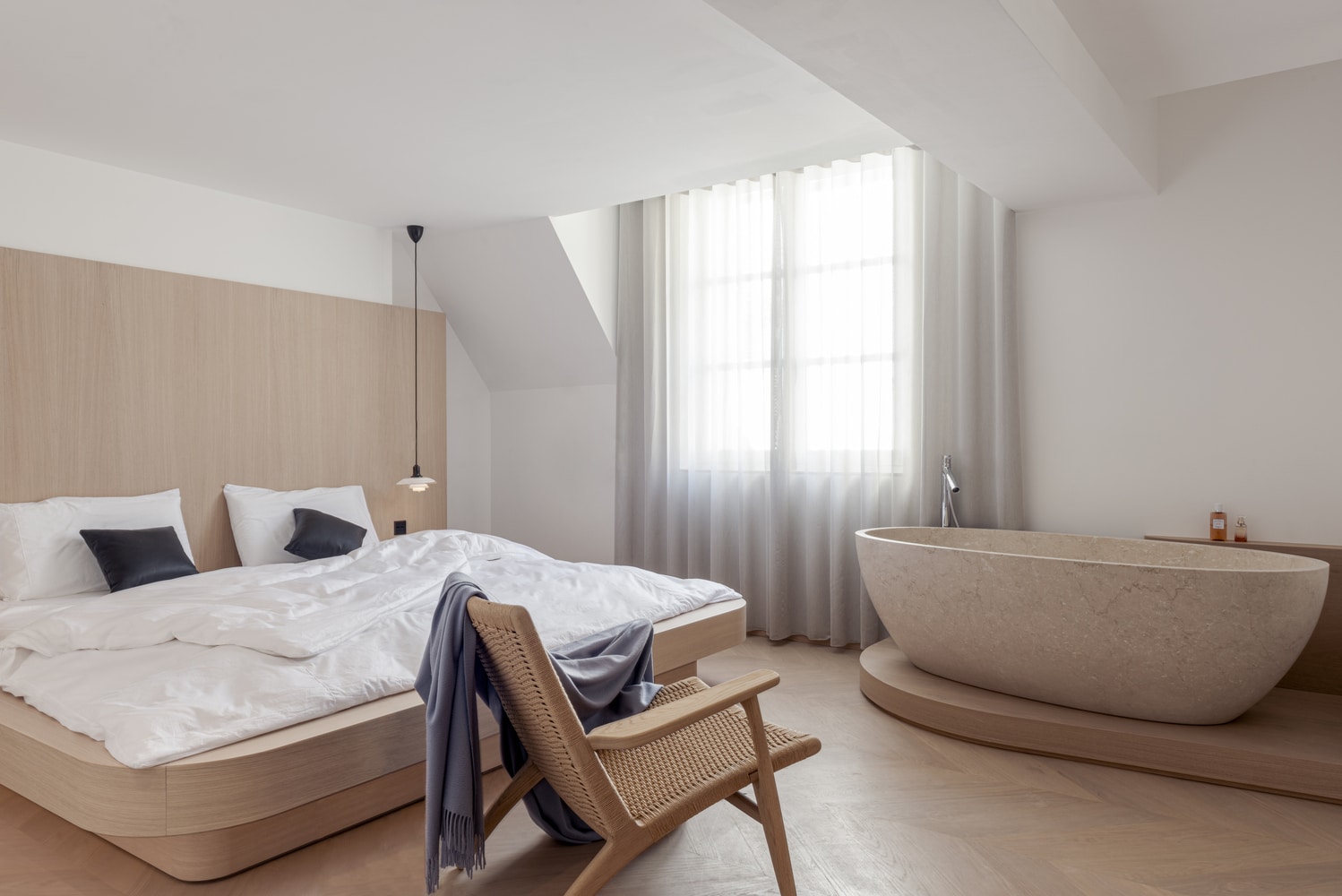 A report by Houzz France shows that the top three renovated rooms in 2021, in order, were the bedroom, bathroom and kitchen. What can we expect for the rest of 2022?

Certain rooms in a house or an apartment always seem to remain a target for interior design, and understandably so considering the daily living of homeowners requires personal attention, taste and comfort. The number one reason for renovations in 2021, according to a study by Houzz France, was the desire to personalize the interior of a newly purchased property. Still, this reasoning was followed closely by longstanding homeowners stating that the renovation project was something they’d wanted to do for a while but hadn’t had the time or the money to consider.

As Maison&Objet in Paris continues, running from September 8 to 12, we’ll focus our attention on some interesting home renovations in France. It’s important to note that, for this year, there’s a higher percentage of decoration or refurbishment projects expected compared to renovation projects. Yet, those who renovate redo 2 to 3 rooms on average, and this statistic hasn’t changed much over the last three years.

READ this article in Vogue: “Renovating? Interior designers want you to know these 10 things”

While the vast majority of homeowners financed their renovation projects with their savings in 2021, the French government has a grant available called ‘Ma Prime Renov‘. It’s generally for derelict properties; however, those in good condition may still be eligible for grant assistance, notably in regard to energy conservation works. The kitchen and bathroom are perfect examples of rooms that can meet the necessary criteria.

The bathroom requires the least amount of time for completion compared to the other rooms in a home, with one month for planning and one month for construction. In 2021, the contractor F&D Design finished work on the Villa Vitruve, designed by Haddock Architecture for a Franco-Italian couple. Products selected for the project include those by manufacturers such as Grohe, Maison Bahya (tiles designed in Paris), Marius Aurenti, Parqueterie Nouvelle, Villeroy & Boch.

In 2020, Bertina Minel Architecture completed the renovation of a triplex in Paris. Although this project dates back a year prior to the study, we love how the firm worked with brick in the bathroom as a contrast to the white walls, large ceramic bathtub and sink, not to mention the tiles. This particular renovation has an equally appealing kitchen concept where wood and glass windows are put forward.

Paris is known for its tight quarters, so we’re impressed with the smart use of space by the architects at miogui who designed the 12m² Gambetta apartment, located in a former hotel, completed in 2021. Their time spent in Japan no doubt played a role in how they managed to utilize every inch of the tightly squeezed studio. By installing mirrors along the full length of the wall behind the kitchen, they created the illusion of having double the amount of space, and the wooden door in the middle of said wall opens to the bathroom—very smart.

Once the Gambetta apartment was finished, the architects worked on another plan for a 13m² studio in the same building upon request. It’s almost the same space, with some minor differences that create a different plan but with the same concept, as stated by the architects in a press release. We love how, in this one, they not only manage to tuck away the bathroom but they do the same with the kitchen.

As for the bedroom, the creation of the main bedroom in the Gambetta apartment by Jean Benoît Vétillard Architecture is inspiring and clever. The architects focused on adding new forms and highlighting existing geometries in order to amplify the pre-existing theatrical character of the Haussmannian apartment with its curved walls, devoid of corners. The contractors completed the project this year.

For those who like to step outside the box, why not put a bathtub right in the bedroom? We can see in the project by noa* network of architecture that given the right amount of space, it can transform the bedroom into a spa-like zone, very cozy. The bedroom in the Nicolai apartment in Paris, completed in 2021, has a very soothing feel to it. See featured image.

Currently working on a renovation project and need some guidance? Check out our buying guides and head over to the ArchiExpo marketplace to find the perfect products for your project.