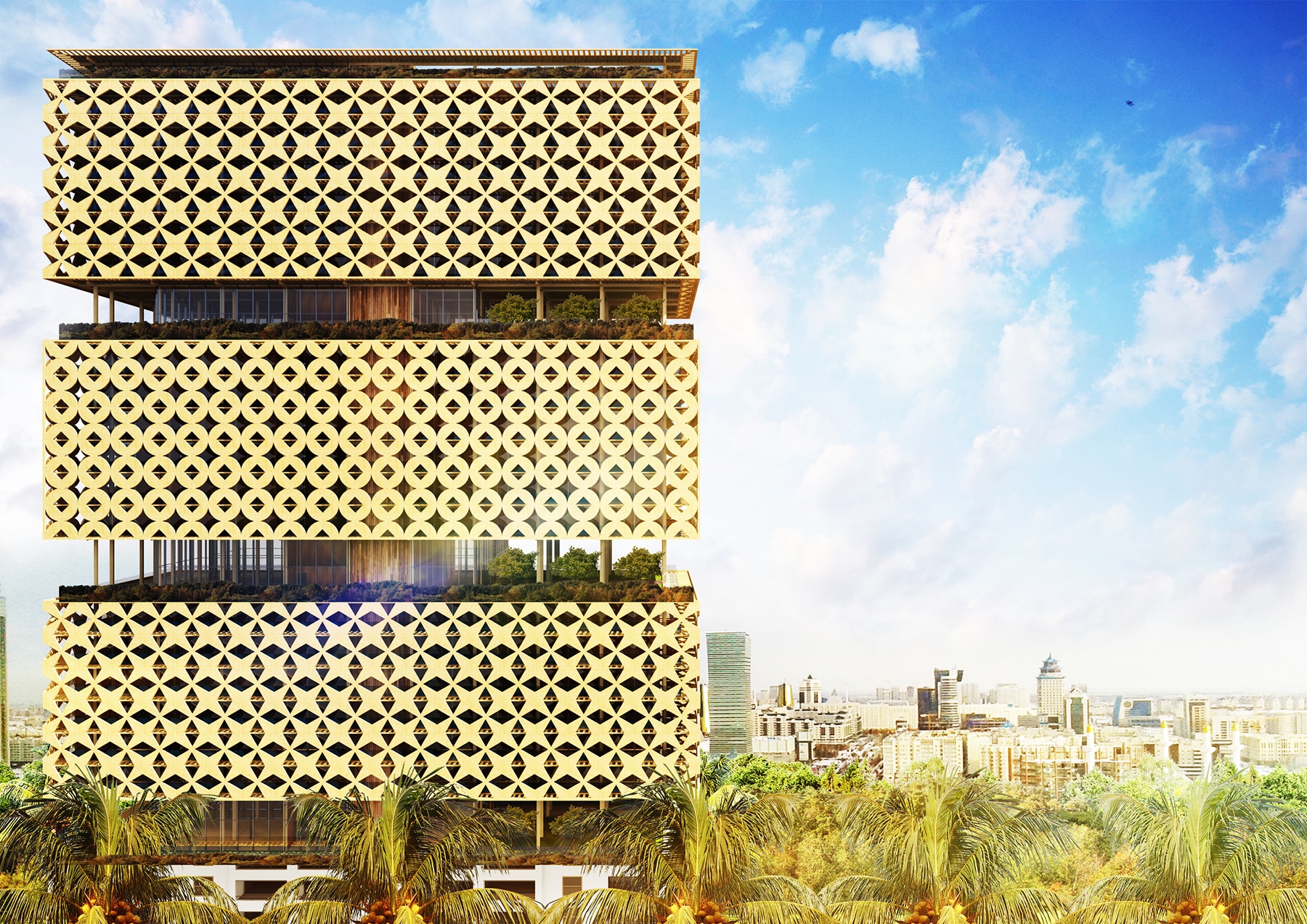 With his award-winning design for downtown Lagos, Hermann Kamte looks to set a timber trend.

Young Cameroonian architect Hermann Kamte has been passionate about wood for as long as he can remember.

“My country is home to the second large expanse of forest on the African continent,” he says. “Growing up in a built environment dominated by concrete, I kept asking myself the same questions. Are we blind or lazy? Why can’t we use this sustainable resource that surrounds us?“

Born in the Cameroonian capital Yaounde, Kamte began studying timber construction when he was at school. Graduating from the EAMAU (Ecole Africaine des Métiers de l’Architecture et de l’Urbanisme) in Togo in 2016, he went on to found the Hermann Kamte & Associates (HKA) atelier in his birthplace soon afterward. It didn’t take long for his love of wood to shine through.

Rising to the Challenge

Home to over 16 million people, today the Nigerian city of Lagos sprawls across more than 1000 square kilometres. As with many African cities, rapid economic growth is now driving frenetic, poorly planned construction, which is generally outward rather than upward.

Hermann Kamte’s Lagos Wooden Tower design, unveiled in late 2016, offers a far more sustainable solution to the demands of this rampant urbanization. Providing an extra 40,000 square meters of living space in an already cramped neighborhood, the 21-story, the 87-metre high structure sits on top of an existing four-story building. It uses high-strength engineered wood as the main load-bearing and non-load bearing material.

Temperatures in Lagos frequently soar above 30°C. The Lagos Tower mitigates climatic conditions in a sustainable way by shading and ventilating residential spaces with a wooden sleeve featuring patterns derived from traditional Yoruba (one of Nigeria’s largest ethnic groups) tattoos. Apartment levels, which are designed around a central core, are divided by open floors featuring gardens and amenities, while there is also a rooftop garden and restaurant.

Widely touted as Africa’s first wooden skyscraper, the Lagos Wooden Tower has proved increasingly popular. The project was shortlisted at the 2017 World Architecture Festival Awards and a winner of the 2017 WAFX Prize in the cultural identity category. It was also a finalist at the Inspireli Awards and shortlisted at the Plan Awards.

But for Hermann Kamte, the biggest reward for his (so far) unrealized design has been the stimulation of conversation about wood in African architecture.

“Right now, for African designers and builders, concrete and bricks are far easier and cost-effective to use,” he says. “But as we raise the profile of timber-based architecture in Africa, so demand will grow and wooden building solutions will become cheaper and more accessible.”