Home » What Lies Beneath: Urban Planning

What Lies Beneath: Urban Planning 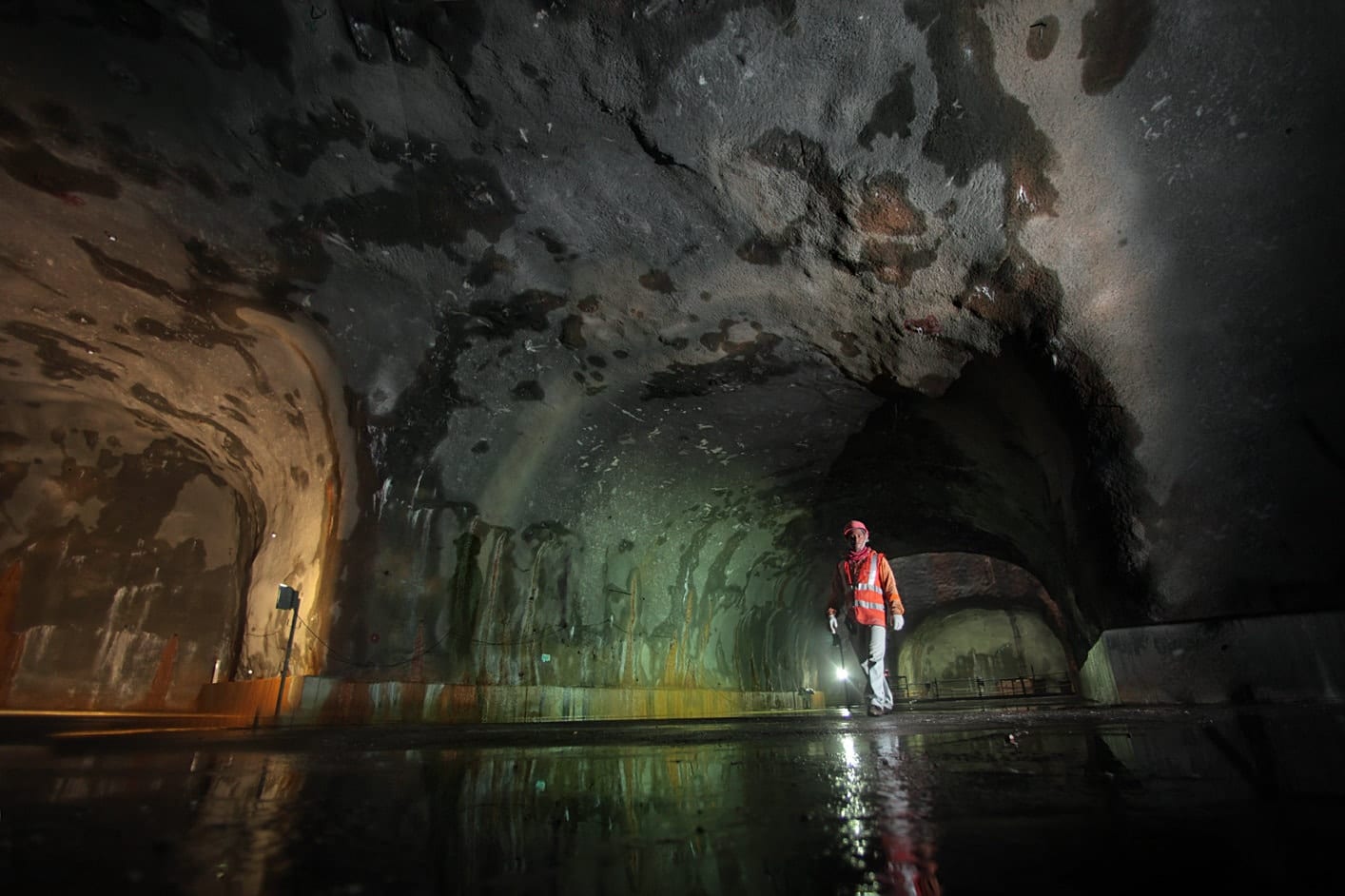 Urban space is under pressure like never before. For the first time in human history, more than half the world’s population now lives in cities. According to the United Nations, this figure will soar to nearly 70 percent by 2050.

This has led many cities to expand laterally, following the pattern of low-density urban sprawl.

But what if there was a way to accommodate more people, cars, infrastructure and resources in the center of cities, reduce environmental impacts, and obviate the need to push city boundaries outward, all at the same time? Driven by advances in technology, design and urban planning, the answer to this question may now lie—at least partly—under our feet.

“Architects and urban designers must seek new ways to make more efficient use of urban land,” says Ian Mulcahey, Managing Director of architectural firm Gensler in London. “As cities grow we are witnessing growing pressure to make use of subterranean space. And that doesn’t just mean underground car parks.”

Going beyond underground car parks with architectural firm Gensler in London. This is the Lowline, a cycling subway system. Courtesy of Gensler

There are numerous challenges involved with subsurface construction, of which the most prohibitive is generally expense. Building down can cost up to five times as much as building up. But with the pressure on overground urban space on the rise, a growing number of subterranean projects are now proving economically viable.

Accurately assessing a city’s subsurface potential is so complex that many planning authorities don’t even try. Yet help may soon be at hand. The “Deep City Method” (DMC)—a new integrated planning tool developed by the Lausanne-based Swiss Federal Institute of Technology (EPFL)—allows the lifecycle of underground projects to be evaluated based on the communal use of subterranean resources. One geothermal energy plant, for example, can power a whole cluster of underground buildings.

“Many cities don’t realize the potential of the ground they’re built on,” says Li Huanqing, who finished her EPFL doctorate in 2013. “Our objective with the DMC was to provide city planners with a set of guidelines to help them exploit underground resources more efficiently.”

The Finnish Are Going Under

Finnish capital Helsinki began constructing an underground network of public and resource spaces in 2011. This is one of the ice rinks. Courtesy of Eija Kivilaakso.

There are advantages to subterranean construction too, of course. While excavation can be costly and technically challenging, underground space is usually cheaper to maintain. Thanks to stable subsurface temperatures, savings on heating and cooling more than offset the increased cost of lighting, compared to overground structures.

In an effort to mitigate the effect of extreme winter temperatures and preserve its low-rise skyline, Finnish capital Helsinki began constructing an underground network of public and resource spaces in 2011. Lying on granite bedrock, much of the city is located on a peninsula, preventing lateral expansion.

Working to the world’s first “Underground Master Plan,” engineers have now built more than 400 structures under the Finnish capital, as well as kilometers of tunnels. Subterranean spaces include swimming pools, ice hockey rinks and even a seawater-cooled data center. According to the Helsinki Municipal website, more than 200 additional subsurface projects are in the pipeline.

“We will create a whole subterranean city below Helsinki’s municipal area,” explains Eija Kivilaakso, one of the urban designers behind the master plan. “This way we free up space for pedestrians and cyclists and keep the air cleaner on the surface, while taking advantage of a constant underground temperature.”

Below the Surface in Asia

Asian cities are also getting in on the underground construction act. In Singapore, where over 5 million people are shoehorned onto an island of just over 700 square kilometers, urban space has long been at a premium. State developer JTC Corporation is exploring the possibility of building an underground science park for 4,200 workers, and has already created massive underground caverns for storing oil. 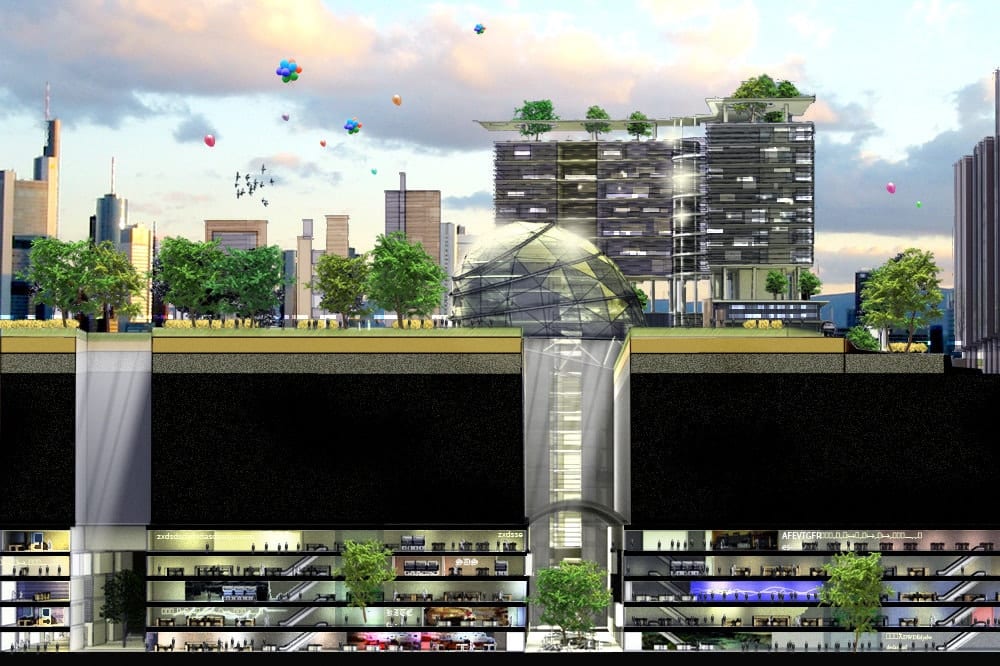 A rendering of Underground Science City, which would house as many as 4,200 scientists and researchers. Credit: JTC Corporation

By 2025, there will be 225 Chinese cities with over one million inhabitants, with subsurface projects expected to play a major role in China’s urban development. Foster + Partners‘ master plan for the Yuexiu International Finance City in Wuhan (planning approved), which takes traffic and car parking spaces underground to create a pedestrianized surface zone, is just the tip of a subterranean iceberg.

Just how many of us are ready to live, work and play far below the Earth’s surface is yet to be seen. Two decades from now it’s unlikely we’ll all be underground, with high-rise buildings set to dominate construction in city centers for the foreseeable future.

Yet as we become an increasingly citified society, underground construction will undoubtedly play a growing role in urban development.

“Urban residents are going to spend more and more time beneath the ground,” says the young designer. “As architects, we must offer new ways for them to enjoy underground spaces.”