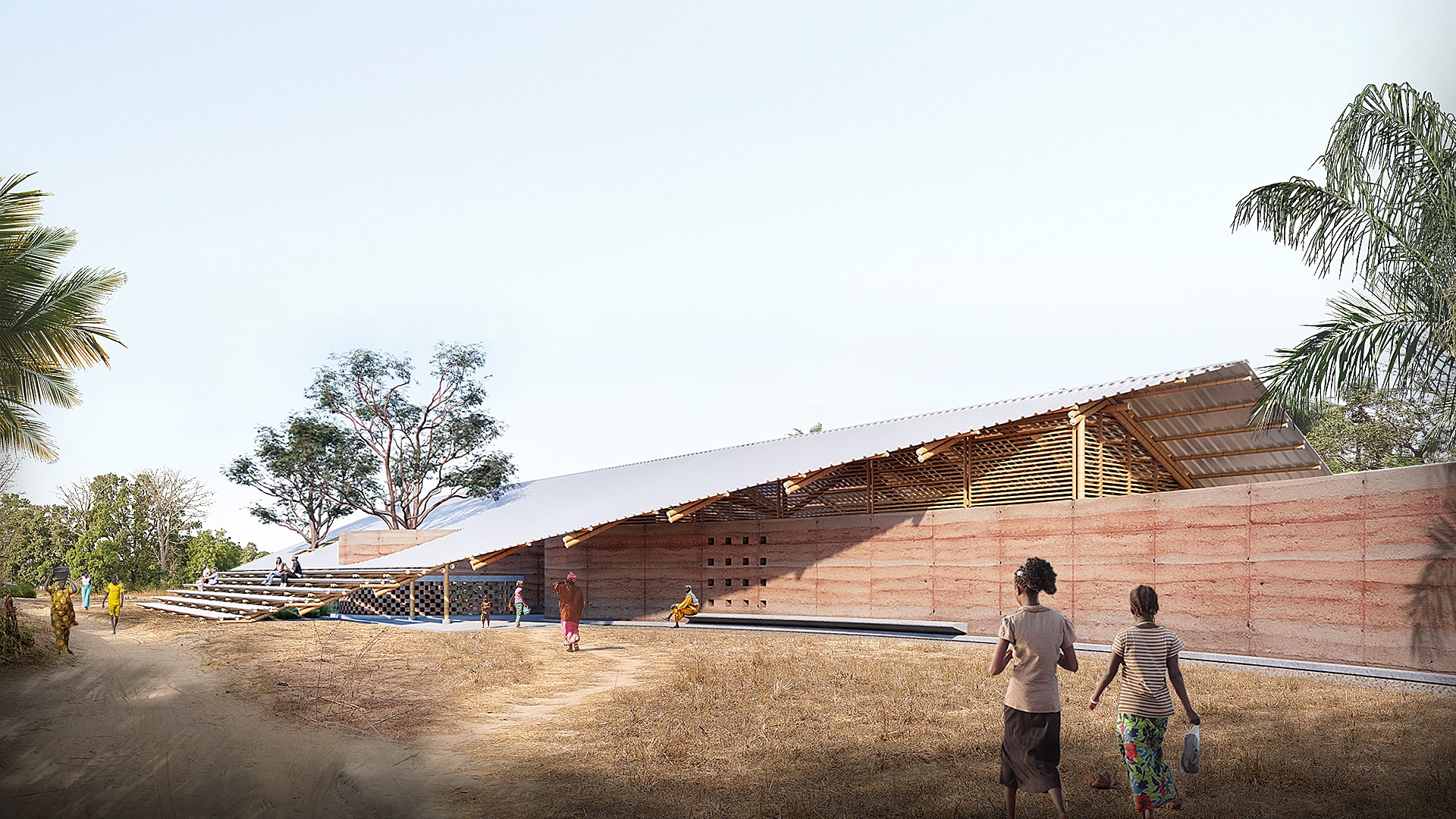 Design and architecture students, as well as young professionals, can register for the Kaira Looro Architecture contest as soon as mid-January until mid-May 2023. Winners will be announced in July. First prize: 5.000€ + Construction + Internship at Kengo Kuma

Now in its eighth year, the Kaira Looro Architecture Competition is an annual non-profit design contest whose primary objective is to adopt sustainable architecture models that improve living conditions in developing countries. The humanitarian group Balouo Salo organizes the competition which coincides with its charitable projects such as those in the Sedhiou region of Southern Senegal. On January 4, the organizers announced the theme of the 2023 edition, open to students and young architects, to design a new model of a primary school in Senegal that can protect and foster the development of every child’s potential.

ArchiExpo e-Magazine interviewed Raoul Vecchio, president of Balouo Salo, about the last and upcoming editions of the competition.

ArchiExpo e-Magazine: When choosing a competition theme, how are specific needs identified?

Raoul Vecchio: Balouo Salo’s constant activity in the humanitarian field, now spanning decades, allows it to identify the priorities and urgent issues that need attention and support such as human rights, accessibility to drinking water, education and, last but not least, environmental sustainability.

ArchiExpo e-Magazine: How do you believe that architecture can provide solutions to these problems?

Vecchio: It’s reductive to think that architecture is simply the study of spaces, proportions and materials in relation to a given context. Architecture can and must be rooted in the social system since it directly influences the psycho-physical and economic conditions of an individual or a community. Architecture is a tool that can generate awareness, responsibility, respect, knowledge and self-reliance.

Architecture can improve an individual’s living conditions through engineering, but also by generating awareness. This awareness is one of the fundamental objectives of Balouo Salo as it leads the community to self-sufficiency by taking ownership of the architectural context.

Through participatory processes, Balouo Salo involves all those, directly and indirectly, related to a project in order to create a sense of community and ownership. Balouo Salo projects involve local specially trained people from the beneficiary communities, authorities, associations and schools. Only in this way can the target community itself take responsibility for a given issue. Architecture is merely a necessary tool in the development of this process.

ArchiExpo e-Magazine: What are the benefits of running a competition to address issues in Western Africa?

Vecchio: In addition to the previously mentioned objective, the competition aims to donate the entire proceeds from the participants’ registration fees. Each participant becomes a donor to Balouo Salo’s humanitarian projects, including the winning entry.

We believe that today, more than ever, it’s essential to spread and promote a culture of solidarity through which anyone can become a protagonist in improving the living conditions of someone else. Only by reaching out to one another can contemporary society rediscover lost values and the essence of love, friendship and cooperation between people and cultures.

The fact that the participants of the competition come from all over the world, makes us think that we are on the right path. The participants not only learn about complex humanitarian issues, such as child malnutrition but also become active participants in a humanitarian journey in which the beneficiaries are the communities in the area where the projects are implemented. Participants enrich their cultural background and are made aware of local issues that are replicated globally. We hope this will inspire them to dedicate themselves to others in their careers.

ArchiExpo e-Magazine: How has the competition evolved?

Vecchio: The competition has grown considerably in recent years. This was made possible thanks to the participation of prominent studios, architects and partners, all of whom have embraced the humanitarian cause of the event and Balouo Salo.

In the last three editions, we received entries from 158 countries, which is why we felt the need to translate the competition into 12 languages. The competition is open to everyone, but we particularly target future professionals, like students, because, through them, we can create a better future. This is why, among the prizes, we offer the opportunity to work at studios of international calibers, such as Kengo Kuma.

Although the competition is primarily architectural, there are often teams that draw on other skills related to the competition’s theme. For the 2022 child malnutrition competition, we received teams composed of architects, pediatricians, psychologists and nutritionists.

ArchiExpo e-Magazine: How do you assist foreign contest winners in building something that truly responds to local needs?

Socio-cultural, political and religious dynamics, shortages of supplies, environmental issues, health risks, border security, corruption and humanitarian emergencies are just some of the factors that influence a humanitarian process in an at-risk and developing area, especially if its implementation involves active participation of the community.

Balouo Salo has chosen to focus its humanitarian aid in a specific area of Africa, Casamance, an area where there have been conflicts and, although peace reigns today, there is unrest at the border. The poor development conditions and political instability make the circumstance particularly complex and only manageable by highly qualified people who are fully aware of the local dynamics. Therefore, even if approved, the winning projects are scrutinized by various authoritative bodies and analyzed under many aspects after the competition to assess their real feasibility and compatibility within the context.

Although the competition results in the donation of the architectural project to Balouo Salo, the latter only intervenes in the field in the event of emergencies. In the past two years, there has been a serious humanitarian emergency that has caused thousands of people to suffer severe water shortages, which is why Balouo Salo has focused on the construction of several boreholes as a top priority. The winning projects of the 2021 and 2022 editions, which envisioned their implementation, have been included in Balouo Salo’s humanitarian program.

Vecchio: That’s our goal and our mission. We have chosen never to work with companies or parties that can challenge or limit the exchange of knowledge. Balouo Salo only works with local people and communities, allowing communities to become self-sufficient and making architectural processes accessible and understandable. The ongoing Multipurpose Cultural Centre and Museum of Cultures and Traditions project in the village of Tanaff is an example of this. It’s a project based on constructing a building made from earthbags, a technique that is completely unknown locally. Some participants replicated the work in their own homes. So, the construction site becomes an open-air school, a place of learning and community participation. It’s the perfect example of the process I mentioned earlier: architecture as a tool for creating awareness and self-sufficiency.