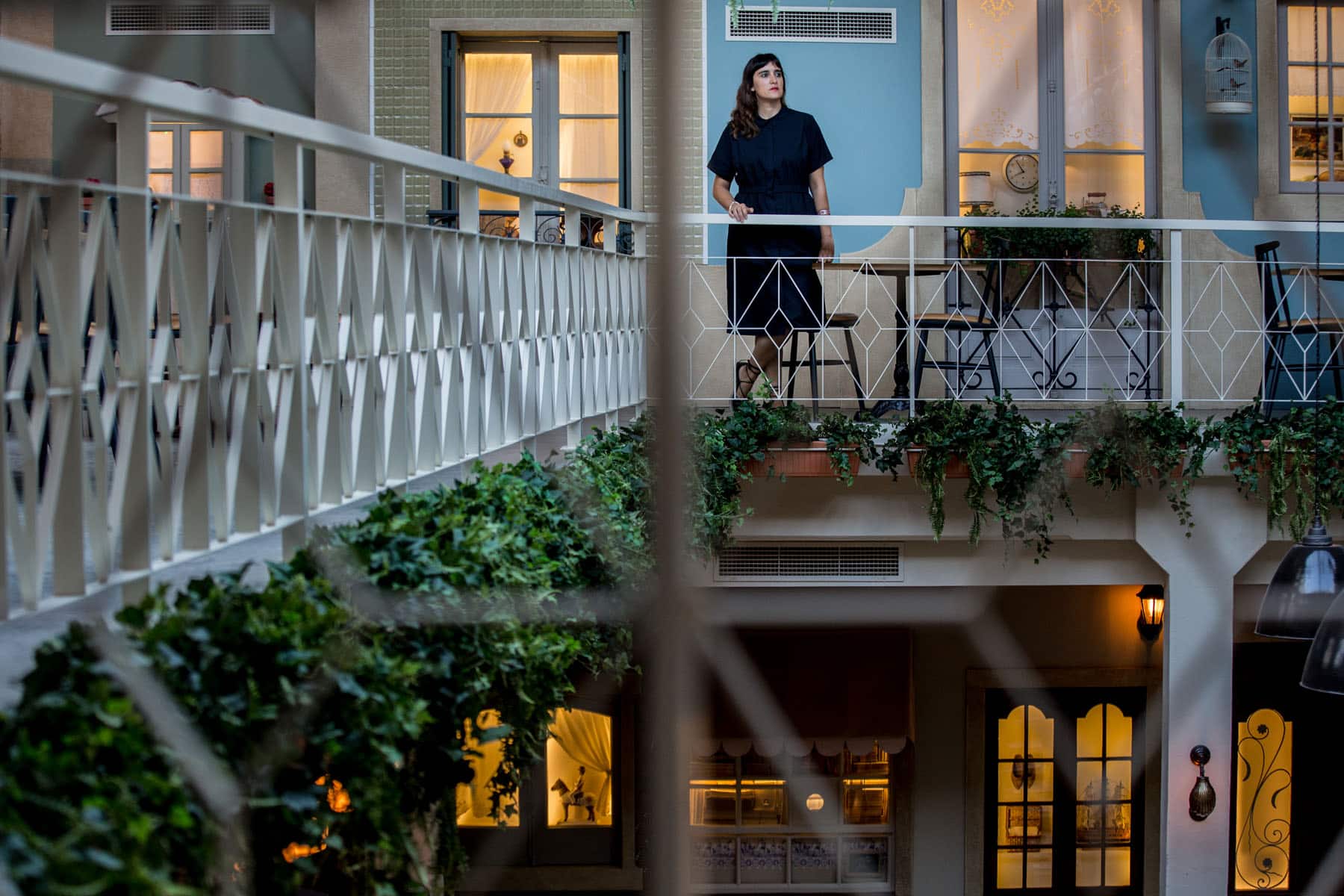 Three years ago, Portuguese architect Joana Astolfi walked into the Hermès store in Lisbon’s charming and historic Chiado neighborhood to offer her services. She wanted to create window displays for the centennial French luxury brand. Fortunately, the shop manager told her that they were in the process of looking for new local talent to do just that.

The designer’s boldness paid off. Not only was she chosen to do what she defines as scenery production work for all ten store displays, but was also invited to do the same thing in Barcelona.

“It was a very special day. And starting this collaboration, which continues even now, makes it more special.

Before this audacious step, her career was already flourishing. Born in 1975 in Lisbon, Joana studied architecture at the University of Wales. In 2002, she became the very first Portuguese candidate to join the prestigious Fabrica, Benetton’s design think tank.

She spent two years in a tiny village close to Venice along with 70 other creative professionals. This changed her career forever, as well as her conceptions of architecture, design and art. She had the opportunity to coordinate the largest exhibition ever dedicated to Antonio Canova, one of the greatest Italian sculptors of the 18th century.

“I also worked with creative geniuses from all over the world.”

“We would spend up to 12 hours every day exchanging ideas, seeking inspiration, researching, creating and stretching our boundaries. I carry these experiences with me until this very day.”

After returning to Portugal in 2013, Joana received an offer of a very well-paid position at Starbucks. The American company wanted her to be a concept designer for all their shops in Latin America. After a few meetings, she decided to turn them down. The reason? She didn’t want to see her name tied exclusively to one company…any company.

A Padaria Portuguesa: Studio Astolfi transformed a former commercial bank into a bakery with traditional breads and pasteries. Courtesy of Joana Astolfi.

Among Joana’s other works, one can find evidence of both her boundless creativity and a strong curiosity about other fields. Her designs range from soccer idol Cristiano Ronaldo’s private disco to the flagship store of Portuguese bakery and pastry chain A Padaria Portuguesa, as well as several artworks. The items shown on the Studio Astolfi website vary from works that could be in a contemporary art museum to amusing informal gift or home decoration items.

No wonder she describes herself as an artist, architect and designer—in that order. Joana even worked as a scenographer on two recent theater productions in Lisbon. Her future ambitions include doing projects in New York, Tokyo and especially Brazil.

“We are still preparing the internationalization of the studio for the kickoff of some projects next year. We want to collaborate with other cultures, other artisans and explore other ways of working. Brazil is a country to which I’ve always felt very connected, especially when it comes to its visual culture and handicrafts. Also, my father is a Carioca [a native of Rio de Janeiro]. Our goal is to continue our creative work without limitations or restrictions, since…the future lies in expressing experiences and emotions.”