Home » Architect@Work—Architecture as Archeology of the Future

Architect@Work—Architecture as Archeology of the Future 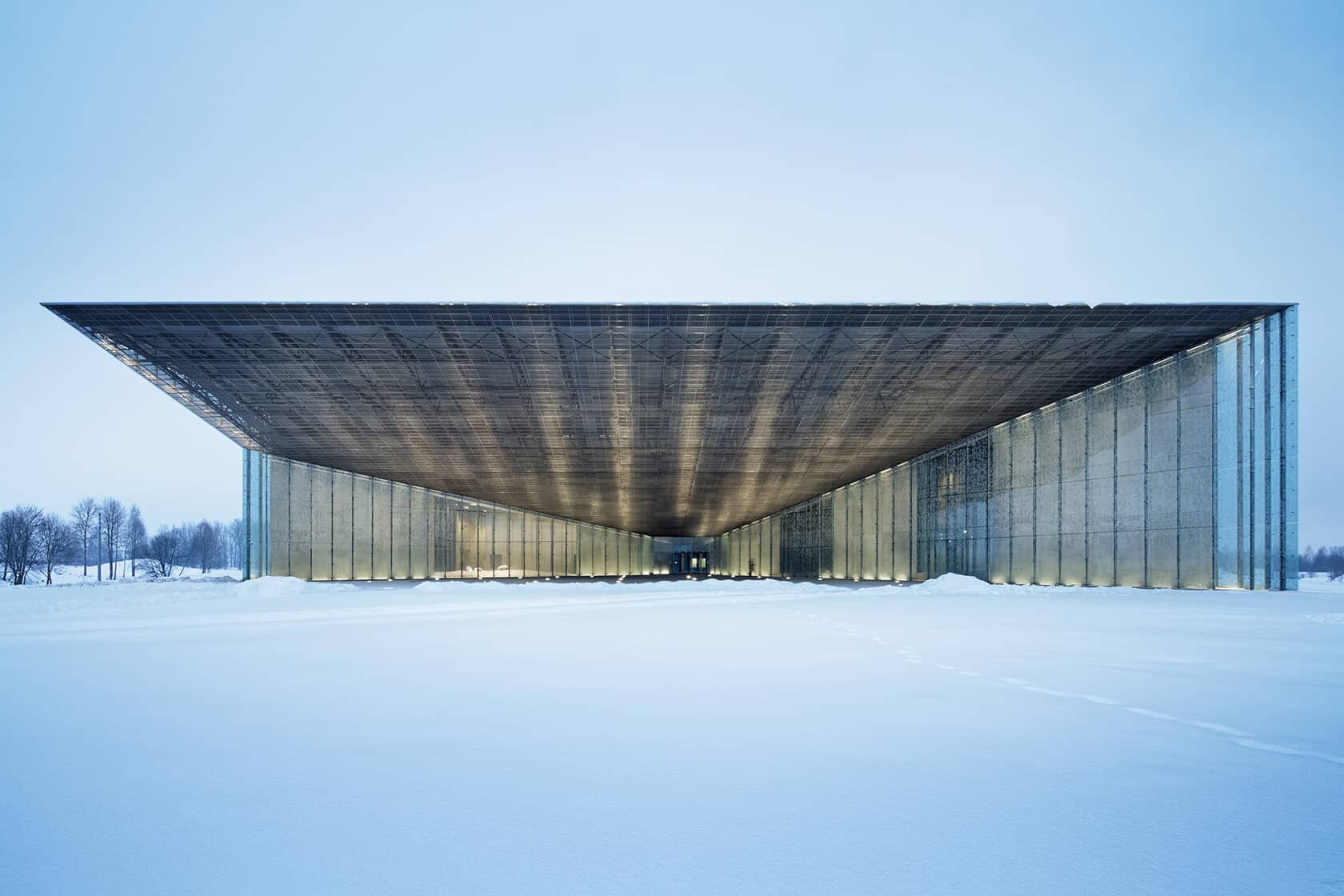 June 2019—During a conference at Architect@Work, Beirut architect Lina Ghotmeh transported us into the ecological future of the profession through the lens of memory and its dialogue with location, people and material.

Every project unveils pieces of history ingrained in the stone of its location, explained the architect. Whether designing architectural structures or objects, we’re able to develop an original touch to each creation if we pay attention to memories.

As the founder of Lina Ghotmeh-Architecture, the architect had originally wanted to study archeology but her studies in the architecture department at the American University of Beirut pushed her to reconsider the idea behind marks, space, memory and landscape. Designing and planning the construction for a specific structure or object depends largely on its location and all that that implies, the architect noted. 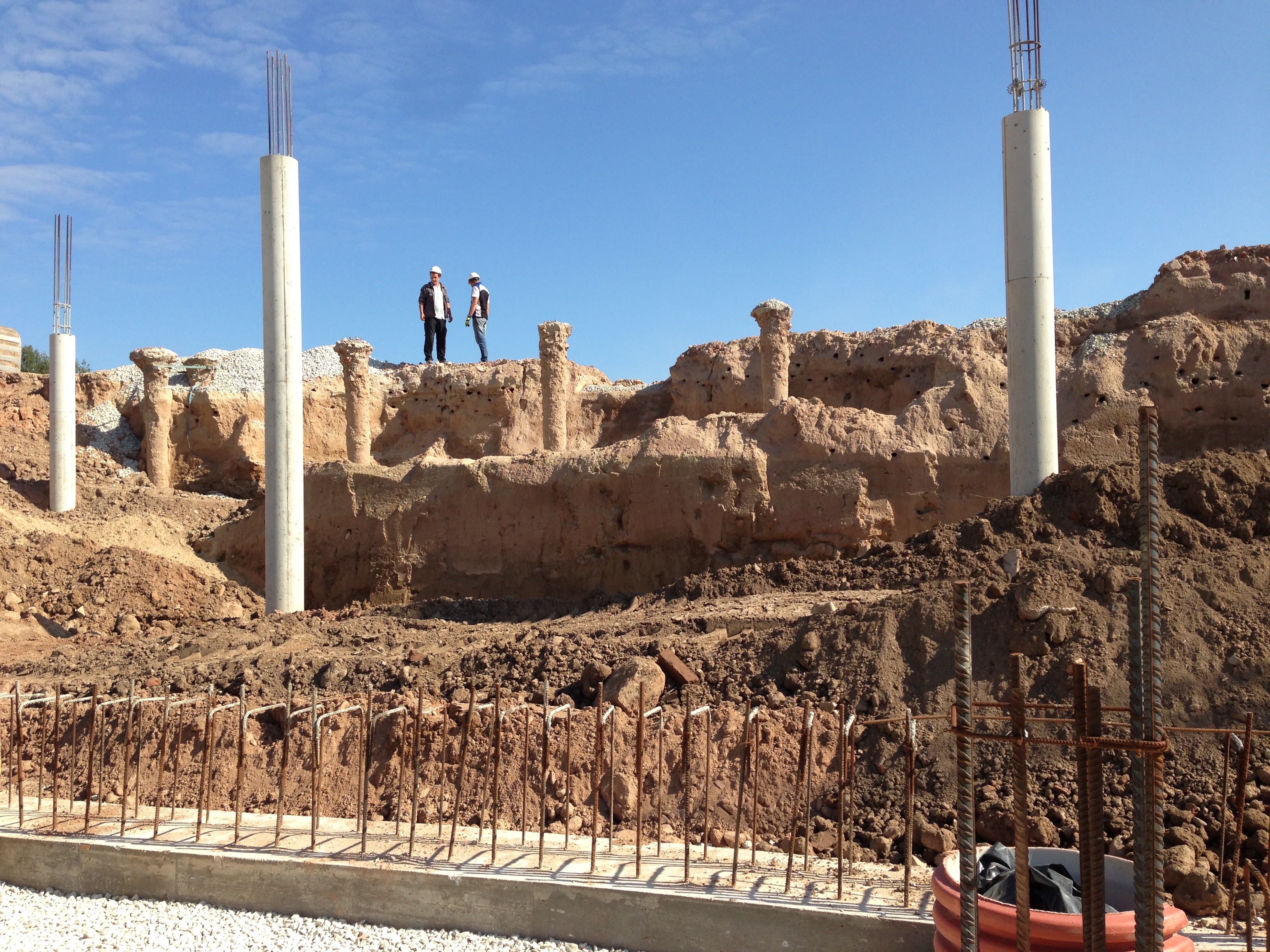 To better understand the place, the architect proposes researching its soil, digging and uncovering what’s on and in the land on which a building will be constructed or an object will be housed. This includes material, history and the people—to start.

“I don’t believe in borders or national pride so much as geography on a local plan such as the sentiment of the people for the location where they’re living.”

Her first major project, the Estonian National Museum, tested her concept through its history. Estonia gained independence only in 1991 and had been occupied on several accounts before then. A celebration to independence, the country quickly put in place a program of economic and social reform and launched the project of creating the new National Museum of Estonia, in the city ​​of Tartu, witness of this quest for the country’s affirmation, the pride of its national identity and its unique cultural history. The international competition for the design and construction of a 34,000 m² building, housing a collection of 140,000 objects, was launched in 2005. 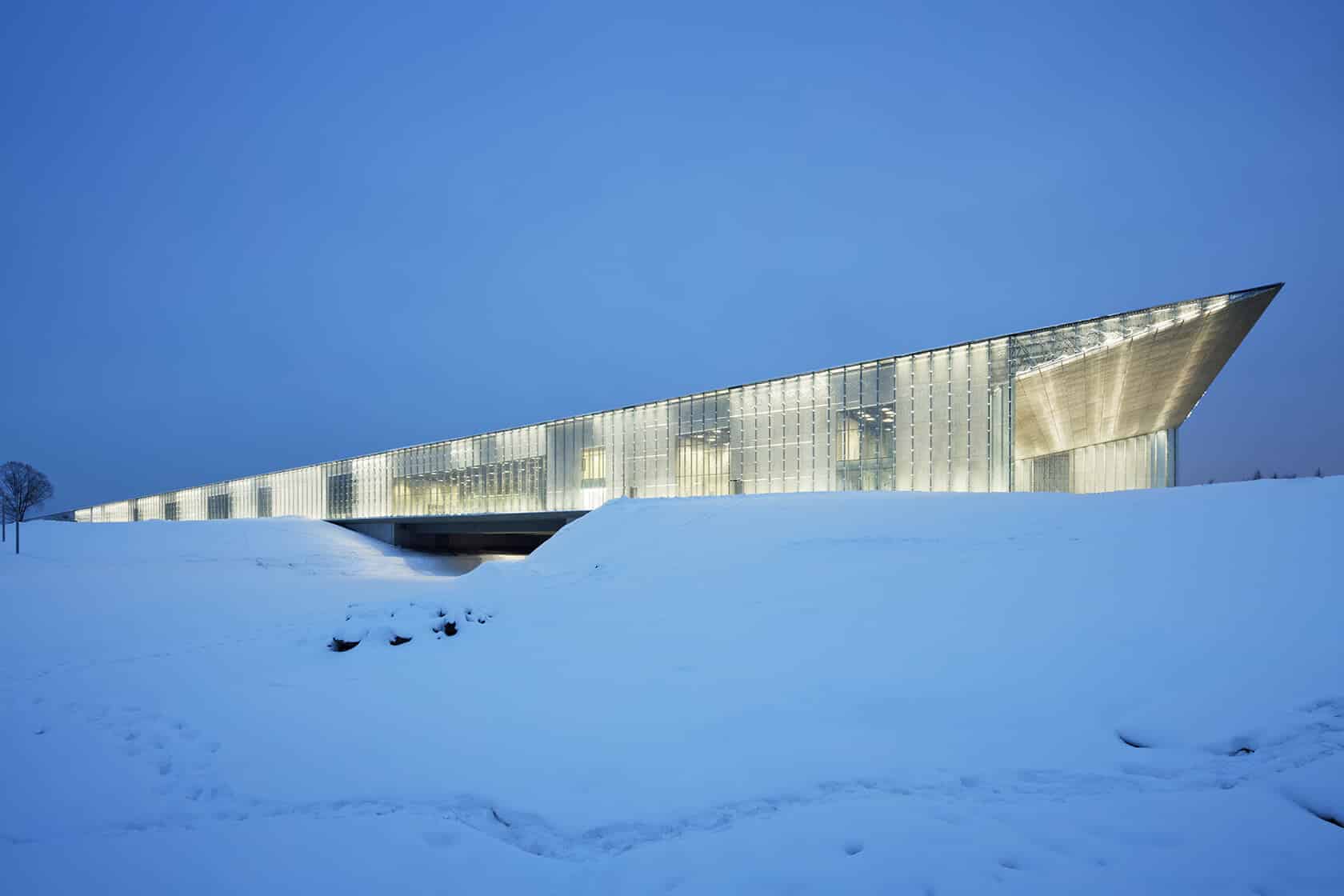 In her plan, the Museum would be anchored on the adjoining grounds of a former Soviet military base instead of installing the building on the proposed site. She decided to maintain the urban mark left by the Soviet military: an airstrip used during the occupation and the war. When the local citizens disapproved and contested the idea, she realized that to appropriate ruins can cause pain. 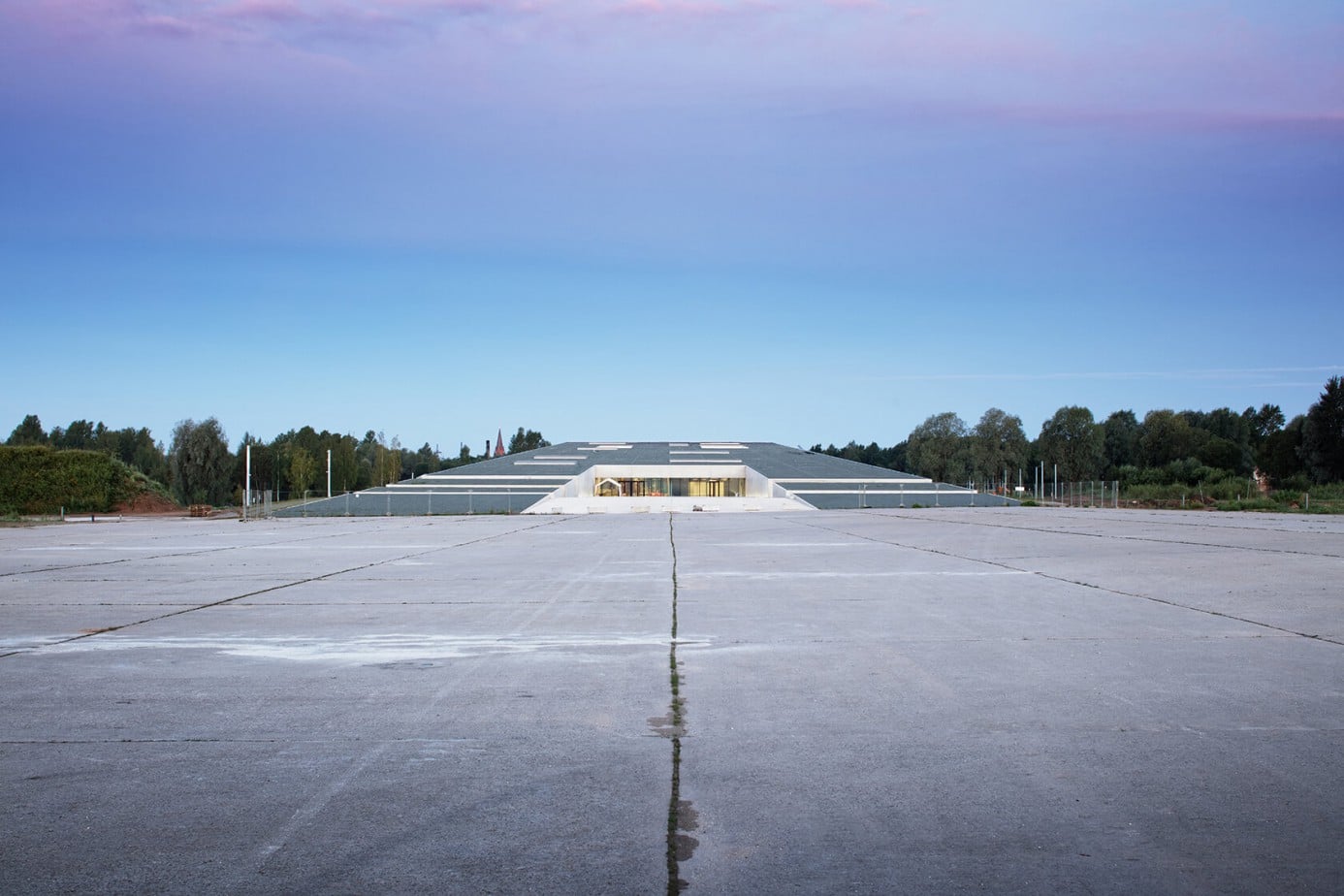 The country first gained independence from the Soviet laws in the 1920s, but its parliament was dissolved in 1938. During the Second World War, Estonia was occupied by the Soviet Union and then by the Third Reich to be occupied again by the Soviet Union from 1944. In Estonia, war losses, representing about 25% of the population, were among the largest in Europe and are estimated at 90,000 deaths. 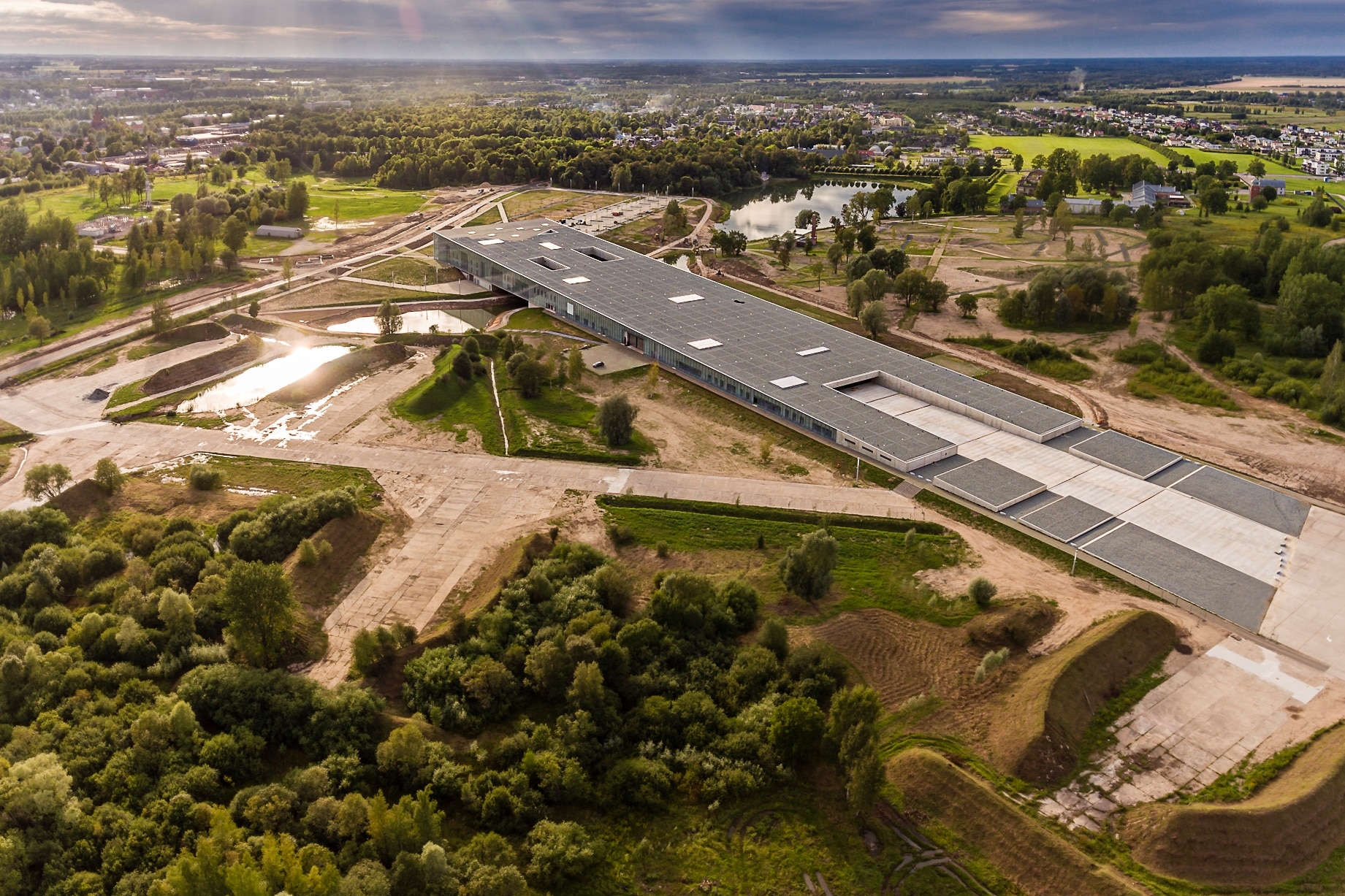 Courtesy of Heidelberg Cement. In 2016, the Estonian National Museum won the “Concrete Building of the Year” Award conferred by the Estonian Concrete Association. Read more here.

Hiding from the past by erasing it or covering it up, though, doesn’t do anyone any good and it certainly doesn’t bring justice to the suffering of the country’s people. It would be like erasing their right to feel any pain at all. She helped them see the importance of maintaining elements of history and in the end managed to preserve the airstrip, integrating it into the project in a brilliant way. When they began digging the strip, the architect found herself facing the soil in such a way that she instantly marveled at how archeology truly has its place in the world of architecture.