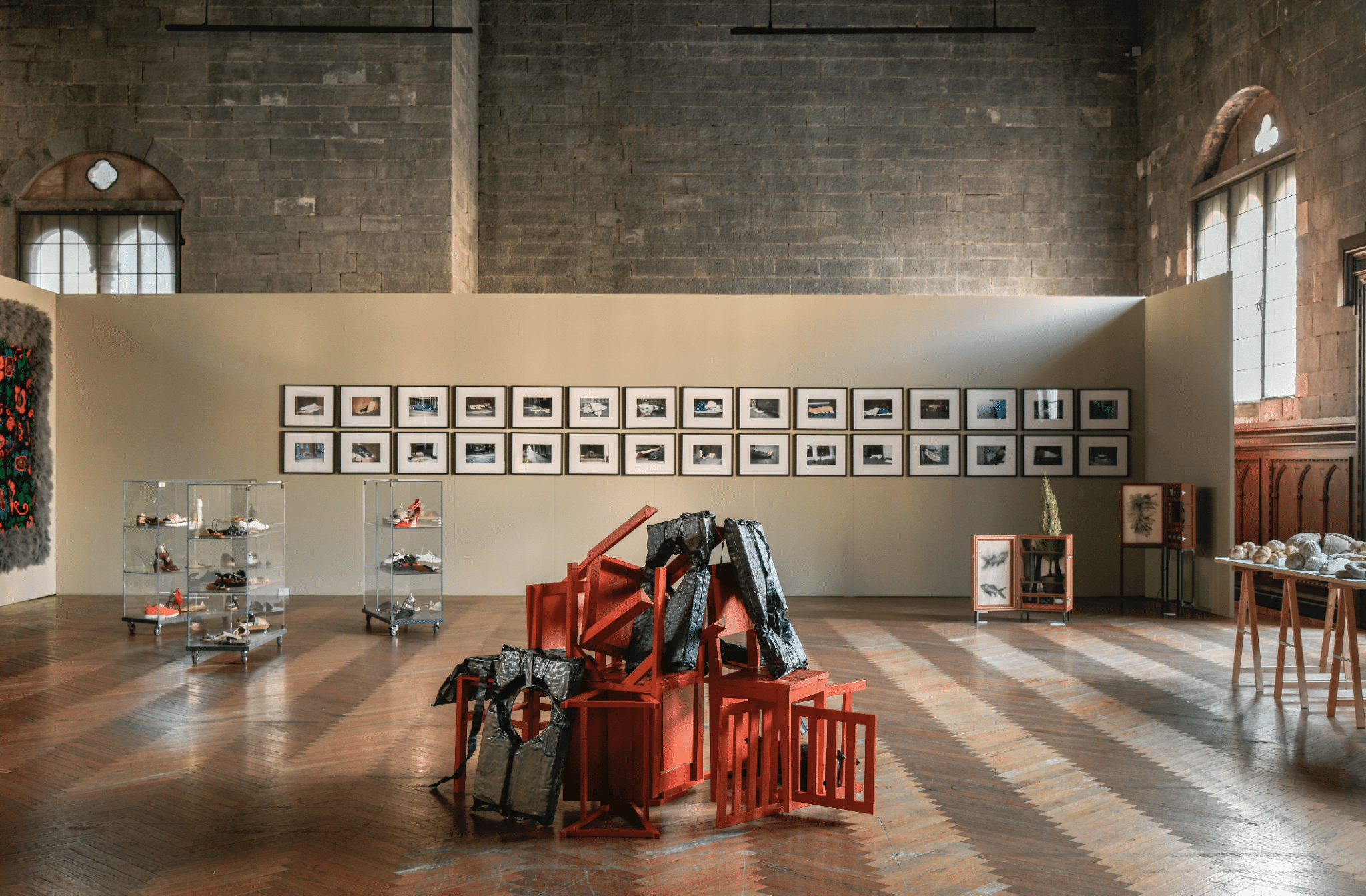 In its fourth edition, the Lake Como Design Festival opened a dialogue between history, architecture, design and art. As a main highlight of the event, the group exhibition ERRANTI featured some of the best-known Italian and international artists and designers.

September 16-25, Como—The organizers of the Lake Como Design Festival aimed to revisit the wealth of the artistic and architectural heritage of the Lake Como area and to create a renewed dialogue between different cultures.

“The journey has to start from what history has handed down to us, accompanied by a fundamental awareness of the importance of preserving what we have, while creating anew what has not been seen before and promoting it,” as stated by Lorenzo Butti, the event’s creator and artistic director, in a press release.

The theme for this year’s event was neo-nomadism, which crossed between real and digital life and considered new movements of culture and labor. The event was meant to explore how the constant movement of people defines our current social climate and influences creativity.

The program included three evenings of meetings with designers and experts in Italian design to explore the subject from varied perspectives, along with guided tours accompanied by architects who discussed the masterpieces of Como’s rationalism. In addition, several exhibitions displayed works throughout the area, the focal point being ERRANTI, a group exhibition curated by Francesca Alfano Miglietti (FAM) featuring some of the best-known Italian and international artists and designers.

Visitors used a map of the exhibition to navigate their way from one point to another, taking a route that winds its way through the Broletto, the festival venues and other places, so that the exhibition resembled a journey. Wandering and error have the same root, according to FAM. Error is closely linked to the idea of the errant knights of novels, adventurers obsessed by their actions and driven by never-ending quests, as she explained.

“Error also undermines the characters’ rational plans and conditions the very values that inspire them in ways that may thwart any chance of achieving the quest. The pursuit of the protagonist’s desire throws up illusory characters, obliging such men to pass through a web of fictions where error and wandering reign, in a world of false certainties, and the perennial possibility of plans being abandoned,” Francesca Alfano Miglietti stated.

Errant occurs continuously in the history of human beings. It combines an accumulation of movement, diversity and exchange. It reveals consistently the biological and cultural crossbreeding of our worlds, a multitude of crossroads.

In parallel, Movimento Club presented the exhibition “In search of lost time”, a collective of contemporary designers inspired by Marcel Proust’s acclaimed work by the same name, an impressive 4,000-page novel that took over 13 years to finish.

The Nobel Hall of the Casartelli Science Museum hosted a contemporary design selection occupying the center of the prestigious hall walled by a long array of antique glass cabinets that house an amazing collection of articles of scientific interest. Design Contemporary Selection displayed the projects of independent designers selected by the festival together with Catawiki.

Design was also at the forefront at Casa Bianca, a historic residence overlooking the first branch of Lake Como, as it opens to the general public for the first time. The villa hosted a selection of designers’ works in its rooms in cooperation with the Galerie Philia.