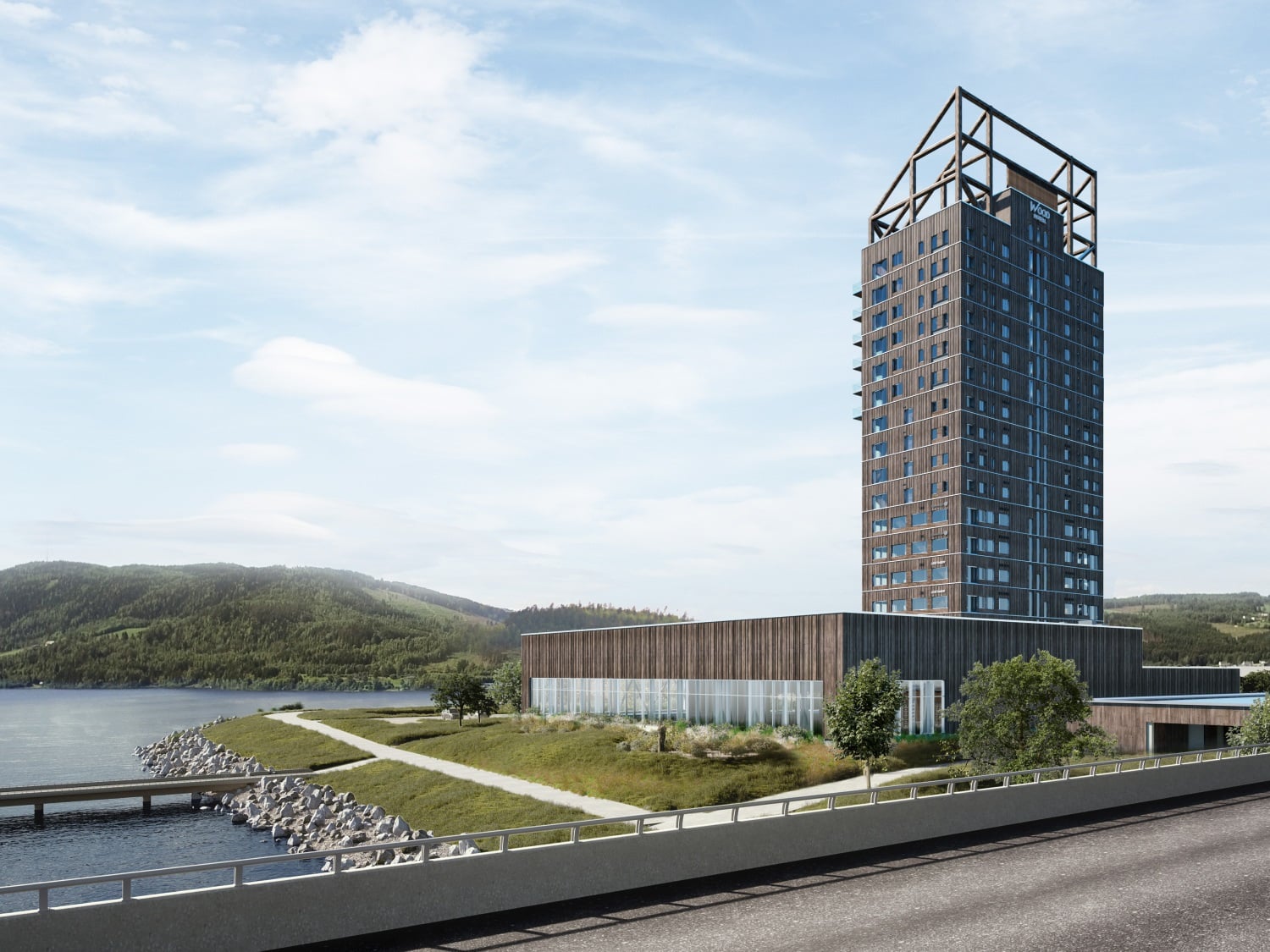 A sleepy town in central Norway seems an unlikely hotspot for architectural innovation, but Brumunddal has shot to fame—thanks to the groundbreaking Mjøstårnet project, officially the world’s tallest timber building.

According to Rune Abramsen, CEO at Moelven Limtre—which manufactured building materials—the total height including bedrock foundations is between 130-140m.

“This is a very light, slender building so the wind creates tremendous momentum that could topple it,” he told ArchiExpo e-Magazine. “A counter-weight concrete base is not enough; you need to connect it to the bedrock with poles driven down into the ground, so it can handle tension forces.”

The primary construction material is Glulam, made from timber boards that are planed, laminated, stacked and glued together to form structural elements such as columns or beams—and can even be molded into curves or arches. It is more rigid than normal timber, due to layers of varying strengths packed together, and can be used for the same purposes as concrete or steel, despite being lighter.

Sustainability is another key benefit of Glulam: It requires just a sixth of the energy used to produce steel fittings of comparable stature, which means the carbon footprint of completed buildings is almost negligible. Most of the wood for Mjøstårnet (between 11-13,000 trees) came from forests within a 50km radius of the tower, so transportation emissions were minimal. Moelven has pledged to plant two new trees for everyone that was cut down.

Three large Glulam columns were burned for 90 minutes. Although they continued charring after the fire died down, the inner layer remained intact—retaining the structure’s load-bearing capacity in accordance with national regulations.

“I’m certain that Mjøstårnet is one of the safest buildings in the region,” said Andersen.

Architect Øystein Elgsaas of Voll hopes to inspire his peers to prioritize the environment.

“We are striving to raise the bar on what’s possible with wood as the prime construction material,” he told ArchiExpo e-Magazine. “Mjøstårnet is a symbol of the ‘green shift’ – proof that tall buildings can be constructed using local resources, local suppliers and sustainable materials. The race for the skies is on.”