In this interview, we talk to one of the top ten Japanese designers, Eisuke Tachikawa. We learn about how the design industry is advancing through the COVID era and what his design agency NOSIGNER has recently added to its portfolio of social design innovation.

Mid-2020, several months into the COVID pandemic, Japanese government subsidies enticed onshoring. While the mask shortage offered Japan and other countries the opportunity to bring companies home to make things, it could be the beginning of a bright future for the tag “Made in Japan” and the fiscal growth of industries that will have a financial impact on Japan.

Given the situation, we wanted to learn more about what’s going on in Japan for the design industry so we got in touch with one of the top ten Japanese designers, Eisuke Tachikawa, Founder of NOSIGNER.

In 2006, he founded his design agency to create social design innovation which was an original approach in Japan at the time. In line with the objectives of his studio, he founded OLIVE PROJECT in 2011, only 40 hours after the Great East Japan Earthquake. The project provided meaningful design during times of disaster, through a crowd-sourcing database that gathers and shares DIY tips and tutorials from all over the planet to aid the disaster’s survivors.

He and his studio are very much in tune with nature and all things organic. In 2011, Tachikawa designed The Moon, inspired by the Supermoon on 19 March 2011, in which the moon appeared 14% bigger and 30% brighter than usual. Occurring only over a week after the earthquake, the moon inspired Japanese people to believe, and have hope for rebuilding what they had lost. The Moon is a LED light based on accurate topographical data retrieved from the Japanese lunar orbiter spacecraft Kaguya. 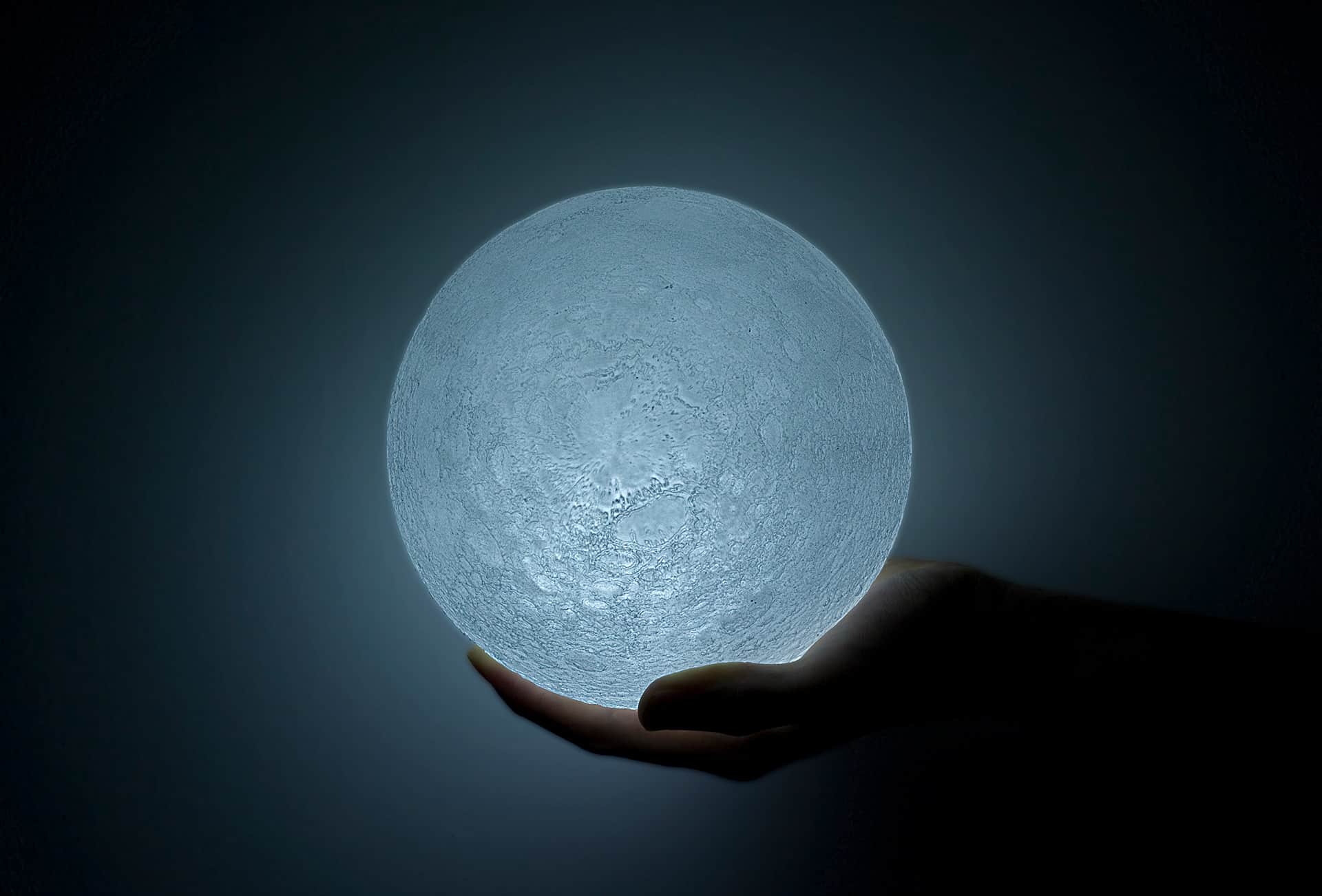 The Moon, an LED light. Courtesy of NOSIGNER.

Designers participate in visualizing and creating the future. They hold an important role in anticipating, preventing and recovering from disasters. Tachikawa’s focus on social design innovation is noteworthy indeed during a worldwide pandemic.

“People tend to talk about a gloomy future, but I believe that times like these are where our design instincts, our creativity, and make it into a play,” – Eisuke Tachikawa

ArchiExpo e-Magazine: Can you tell us about your design career?

Eisuke Tachikawa: I studied architecture from my undergraduate to my master’s degree. When I was in college, I was trying to figure out how to create architecture that was as organic as a living organism. However, in graduate school, I spun out of architecture. I was studying under Kengo Kuma, the architect who designed the Olympic stadium, but I was the only one who didn’t graduate with a master’s thesis in architecture. For my master’s thesis, I studied how design is similar to language and how to find grammatical rules to generate ideas.

In 2006, while I was still in school, I taught myself graphic design and product design, and ended up becoming an independent designer. Once I realized that invisible relationships that exist between materials and design, are the essence of design, I became interested in a wide range of design genres even though I didn’t know where to start. I started working as NOSIGNER, which means a designer without a name. I was creating sustainable design works in an anonymous style like BANKSY is doing now.

The reason why I went from anonymity style to putting my name out there was because of the Great East Japan Earthquake in 2011, which included the nuclear power plant accident in Fukushima. After that case, I started to create designs that solve the situation through collective intelligence. For collective intelligence, anonymity didn’t work in my case. Since then, NOSIGNER has become an active body of design that rethinks various social issues in creative ways.

Image credits: Ston, a modern aroma inhaler that fits in your hand like a stone. Courtesy of NOSIGNER.

ArchiExpo e-Magazine: How has the design industry in Japan changed since you first started?

Eisuke Tachikawa: When I first started designing, designers in Japan were divided into very specific fields of expertise, and there were very few designers who worked across different fields. Therefore, people like me, who designed in various fields, felt somewhat left out. Designing for sustainability and other social issues was also in the minority. In fact, I think there was a prejudice among professionals that we were doing projects on social issues to escape the quality of our specialty. There was also a lack of understanding that we were doing design in order to innovate. There was a complete division between design and engineering.

From the very beginning, I was involved in various genres of design and designing for social innovation, so I can say that I was a very minor designer in those days. In the early days, it was quite often that people outside of Japan paid more attention to our activities.

Today, on the contrary, even in Japan, designers who do not talk about solving social issues through innovation and focusing only on their specialized fields are considered outdated. I realized various projects with many fellow designers and activists who are aiming for social change. I believe that design has the power to bring new concepts to life in society, and I feel that the field of design is changing for the better.

ArchiExpo e-Magazine: What challenges have you had to overcome and what were the solutions you found?

Eisuke Tachikawa: For Japan, I think the Great East Japan Earthquake had a major impact in causing us to reconsider the connection between society and design. It was the largest economic disaster in the history of the world and caused a nuclear accident that surpassed Chernobyl. In such a situation, many people in Japan lost their families, jobs, other bonds, and were forced to live in a state of fear. In response to this situation, everyone was forced to rethink the connection between society and design.

In my own case, my goal in life itself changed to the theme of rethinking design as creativity that we all have in common, and creating a sustainable society through collective knowledge. The reason why we often work on design projects based on collective intelligence, such as OLIVE and PANDAID, is because I learned from the disaster that it is effective to gather the creativity within everyone and give it shape.

ArchiExpo e-Magazine: How has the COVID-19 situation affected the design industry in Japan? What have been some positive and negative aspects of government intervention?

Eisuke Tachikawa: As is the case all over the world, COVID-19 sent a tremor through the entire society. From a Japanese perspective, the sense of anxiety felt by the entire society was similar to that of the Great East Japan Earthquake. The design industry itself is tied to many different industries, so rather than having an impact on design itself, it had a major impact on the clients of designers. In our case, innovation and service design for information companies, on the contrary, was accelerated by this opportunity, and branding for hotels and events were sometimes canceled or postponed. These changes are inevitable.

Many of the Japanese government’s measures against COVID-19 are not on target, and I have the impression that only the budget is being wasted, and I am frustrated as to whether effective measures are being taken. I would like to see a well-designed and creative project come to fruition. 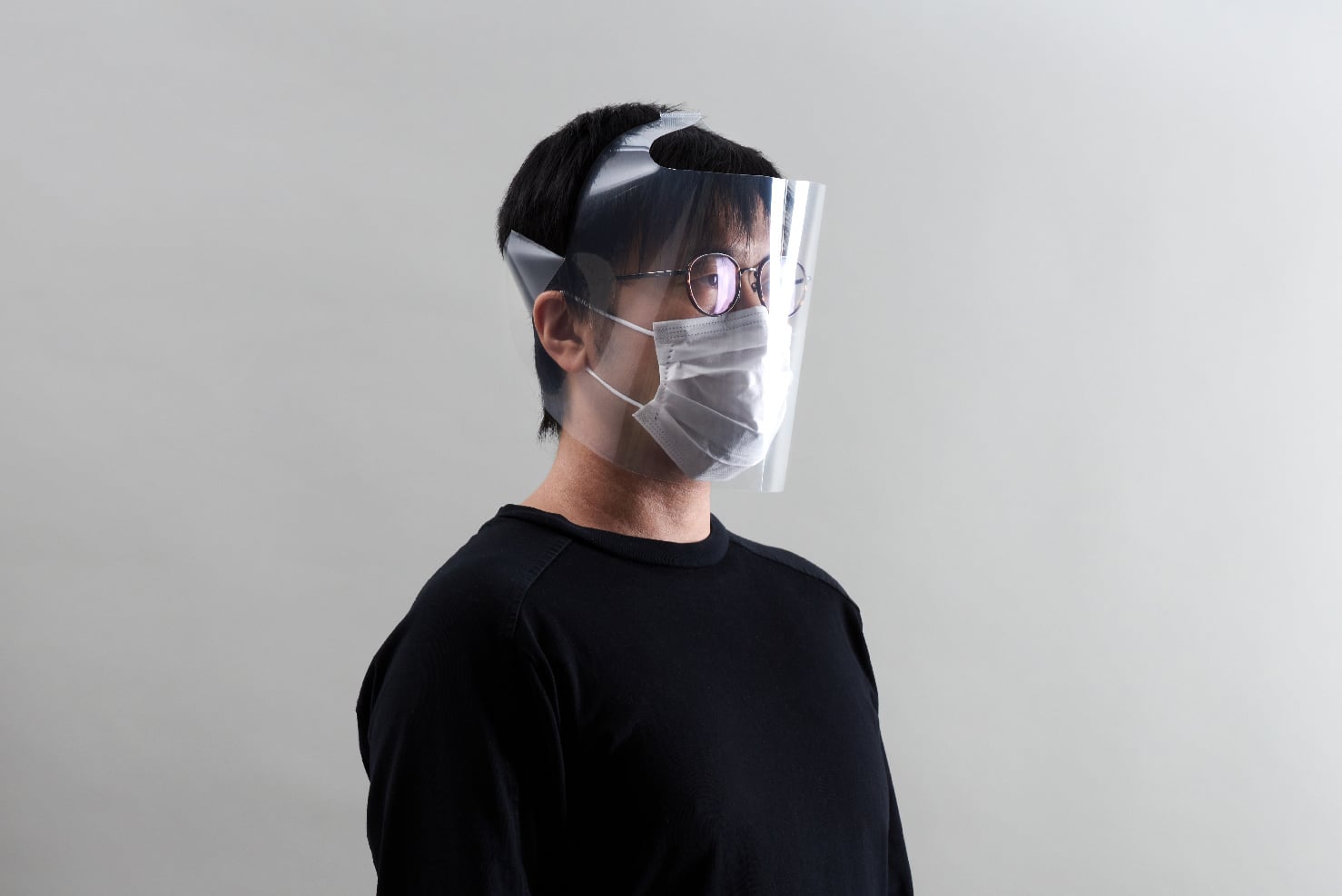 A face shield made from an A4-size clear file. Courtesy of NOSIGNER.

ArchiExpo e-Magazine: Can you tell us about your latest products and the design creation process of those products?

Eisuke Tachikawa: While joining one of the startup’s management teams, we are working together to develop a brand new distilled liquor called Jochu. This distilled liquor is made by sake into a spirit, but using a vacuum to distill it without heating it, a patented technology. For this project, we are working together on the bottle design and flavor direction, which is a very fun project for me as a liquor culture-lover.

For this brand of sake, we are also growing organic lemon groves on a remote island in Hiroshima Prefecture, and we are developing a new sparkling wine-ish sake using the lemons, and a whiskey-ish sake made by soaking lemon peels in dry chips. I’d love everyone to try it someday. 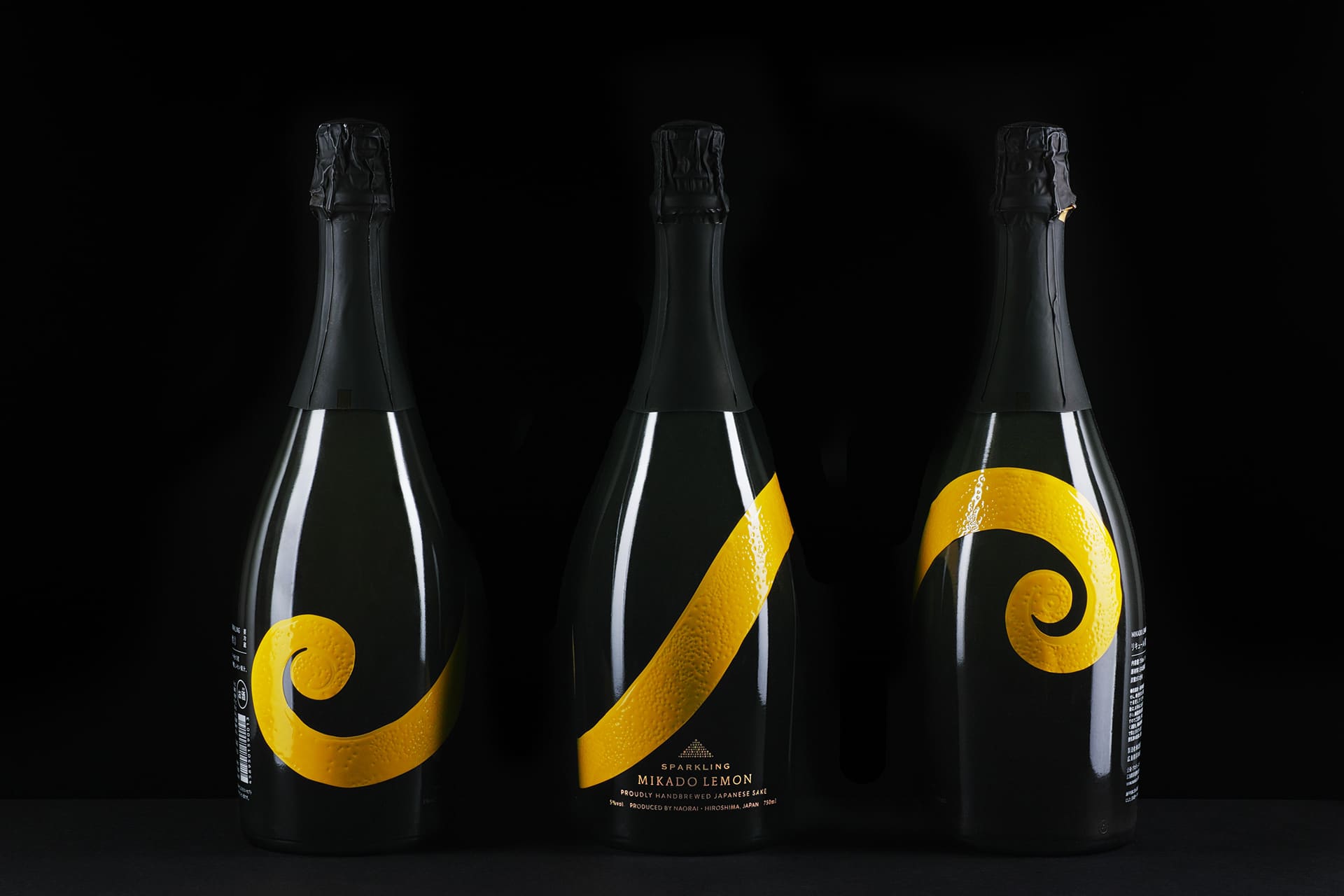 ArchiExpo e-Magazine: Has COVID-19 made you more interested in designing specific products? If so, which types of products?

Eisuke Tachikawa: We are also working voluntarily on a design project for the pandemic: PANDAID, a project to disseminate COVID-19 measures, brought together about 300 volunteers to build an easy-to-understand, co-edited website. As part of this project, we designed an open-source product design idea to turn an A4 clear file into a face shield by cutting it in three pieces, and the idea spread around the world. In Japan, hundreds of thousands to millions of these files are being used in major hospitals. Japan’s Yahoo! also mass-produced 8,000 of these face shields in their offices and donated them to medical institutions.

Our goal is to create a design that makes people feel cheerful by replacing negative social constraints with fun ones.

ArchiExpo e-Magazine: How do you expect to grow within the next two years?

Eisuke Tachikawa: Over the past few years, I have been teaching at various companies and universities about the similarities between biological evolution and human creativity. I have been providing workshops to various companies and social activists like Panasonic, Honda, etc. on how to achieve sustainable innovation using a new way of thinking that I have developed called Evolution thinking. My book about Evolution thinking will be published in Japan soon, and I would like to translate it into other languages around the world if possible.

Another area I have been actively involved in lately is designing ways to stop the collapse of biodiversity. I recently became a member of the science communication committee of PICES, an international organization that brings together marine scientists from across the Pacific Ocean.