Home » Paris 2024: New Public Buildings to Be Made of 50% Bio-based Materials

Paris 2024: New Public Buildings to Be Made of 50% Bio-based Materials 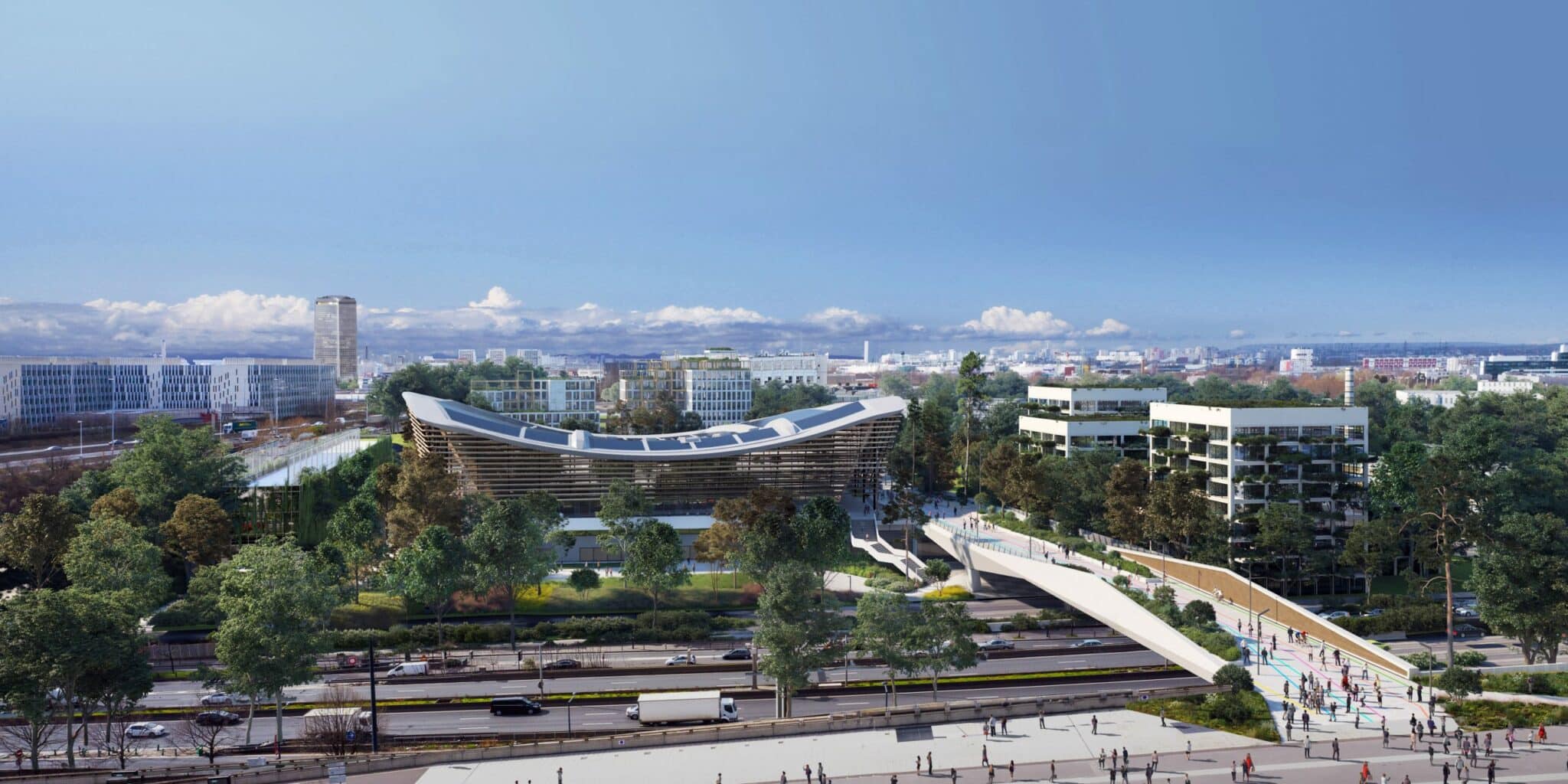 Although the future seems unstable, with the Tokyo 2020 Olympic Games postponed to 2021, France continues preparing for its 2024 Paris Olympics. To do so, the French government announced earlier this year its plans for a sustainability law that will ensure all new public buildings are built from at least 50% timber or other natural materials.

WATCH our Facebook live interview with Yann Krysinksi, Deputy Head of Project Management at Solidéo, a company created specifically for overseeing the completion of the venues and infrastructure for the Paris 2024 Olympics.

The mandate for all public buildings financed by the French state to be built from at least 50% timber or other natural materials will be implemented by 2022, according to Agence France-Presse (AFP). This includes the buildings constructed for the 2024 Paris Olympics complex.

“We made this commitment for the Olympic Games,” the country’s minister for cities and housing Julien Denormandie told the French news agency.

The comment by Denormandie to AFP was made following his seminar at the Living in the city of tomorrow event at UNESCO on February 5.

In addition to wood, the mandate can be fulfilled by bio-based materials that are made from matter derived from living organisms, such as hemp and straw. Like wood, they have a significantly lower embodied carbon footprint compared to other construction materials like concrete and steel.

Although initiated in preparation for the 2024 Paris Olympics, the growth of sustainability in the city won’t stop there. The French government says it will also invest 20 million Euros for the construction of 100 urban farms in city suburbs.—here’s an example of one that, once open later this year, will be the largest urban farm in the world.

The proposal aligns with France’s Sustainable City plan launched in 2009, and also President Emmanuel Macron’s drive for the country to be carbon-neutral by 2050.

Paris 2024: 95% Existing or Temporary Venues, with Only Three New Venues

In order to minimize the budget and carbon footprint for Paris 2024, only three new venues will be constructed for the event while 95% will be from existing or temporary venues.

Founded specifically to deliver the Olympic facilities, Solideo will build the three new venues: the Aquatics Center (next to the Stade de France in Saint-Denis), the Olympic and Paralympic Village, and the Media Village.

Post-Games, these buildings will be repurposed and integrated into ongoing urban programs such as the Grand Paris urban development program.

The Paris 2024 Olympic and Paralympic Village, for example, will serve the local neighborhood in the Seine-Saint-Denis district on the river banks as a significant new residential district with extensive leisure, commercial, community and educational facilities. With a new nearby subway station, future residents will easily make their way into the city center and elsewhere. The village is aligned with the long-term development of the Paris Region.

French architect Dominique Perrault designed the village which will host the athletes of the 2024 Games with 2,400 housing units and 119,000m² of activities, offices and related services. The project meets ICO’s functional efficiency requirements.

Scheduled for completion in September 2023, ten months before the Olympics get underway in the French capital. Future residents should be able to begin moving in as early as 2025.

Likewise, in 2025, the Olympic Aquatics Center will open for schoolchildren and adults to practice swimming. Also located in the Seine-Saint-Denis district, the center will welcome artistic swimmers, water-polo players, divers and boccia contenders during the Games

Low-carbon all the way, the 5,000m² center will be made using bio-based building materials only with a timber structure and roof frame and covered with photovoltaic panels.

Once complete, it will be one of France’s largest urban solar farms, supplying 100% of the center’s energy needs. The interior fittings will also showcase the country’s know-how in improving our environmental impact as they will be made from made-in-France recycled materials.

Image credits: Renderings of the Aquatics Center. Courtesy of https://www.paris2024.org/