Home » A Communication Campaign that Stands Out

A Communication Campaign that Stands Out

Telling Tales, a collection of illuminated stories, comes down to an amazing communication campaign idea launched by LZF for 2016. Together with Masquespacio Studio, they’ve created stories and brought them to life through perfectly colored images, each presenting one of their handmade wooden lights.

“Mariví Calvo created the campaign based on three ideas that would make this catalogue different from previous ones: The images were to be set at night, providing an opportunity to showcase the lamps when lit; the focus was to shift from spaces themselves to the human beings that inhabit them; and the catalogue was to move away from traditional formats and to be a work of artistic creation,” LZF explains on its website.

“Julie never gets back home before six in the morning.” First collection Julie&Nelson featuring the I-CLUB lamp by LZF. Courtesy of LZF.

Telling Tales, a collection of hundreds of photographs, six stories and several hours of filming, offers the public a fun way to view LZF’s products. They also have the chance to see the selected images and read the stories through LZF’s social media channels, Magazine No. 3 and in a special, six-volume book edition that will appear periodically throughout 2016.

The idea was to recreate the colors of film and photography from the 1950s. They chose writer and novelist Grassa Toro to give a literary sense that would turn this imaginary world into a piece people could connect to. Once Grassa Toro joined in July 2015, the first stories were ready. 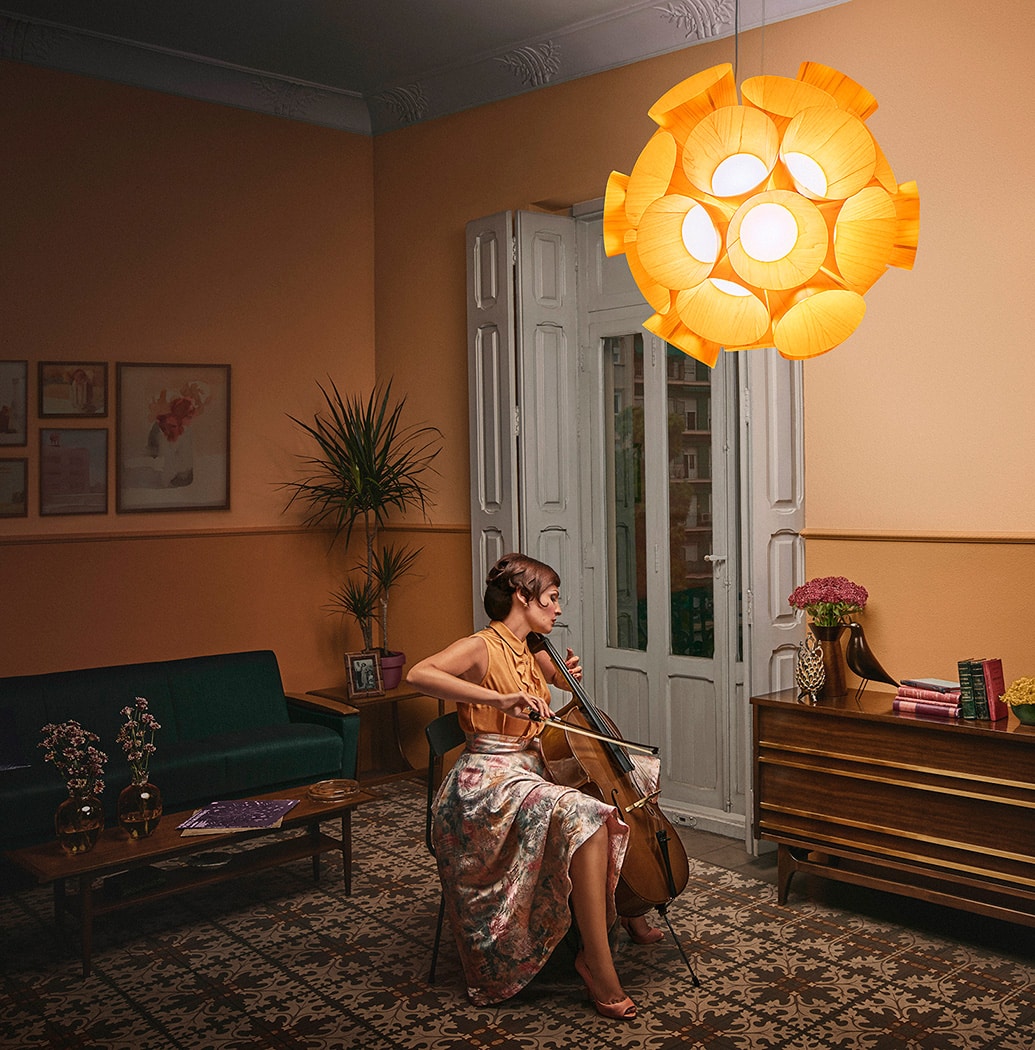 LZF and its collaborators decided on new locations, furniture, decoration objects and period costumes; they then held auditions to select actors and models in Valencia who would play the characters.

“A team in charge of lighting, photography and digital image processing was put together and consisted of María Mira & Cualiti Photo Studio. Managed by LZF´s very own Ester Colomina and directed down to the last detail by Mariví Calvo, the wheels rolled into motion.”

The Third collection Ava&Silver will be out this month.