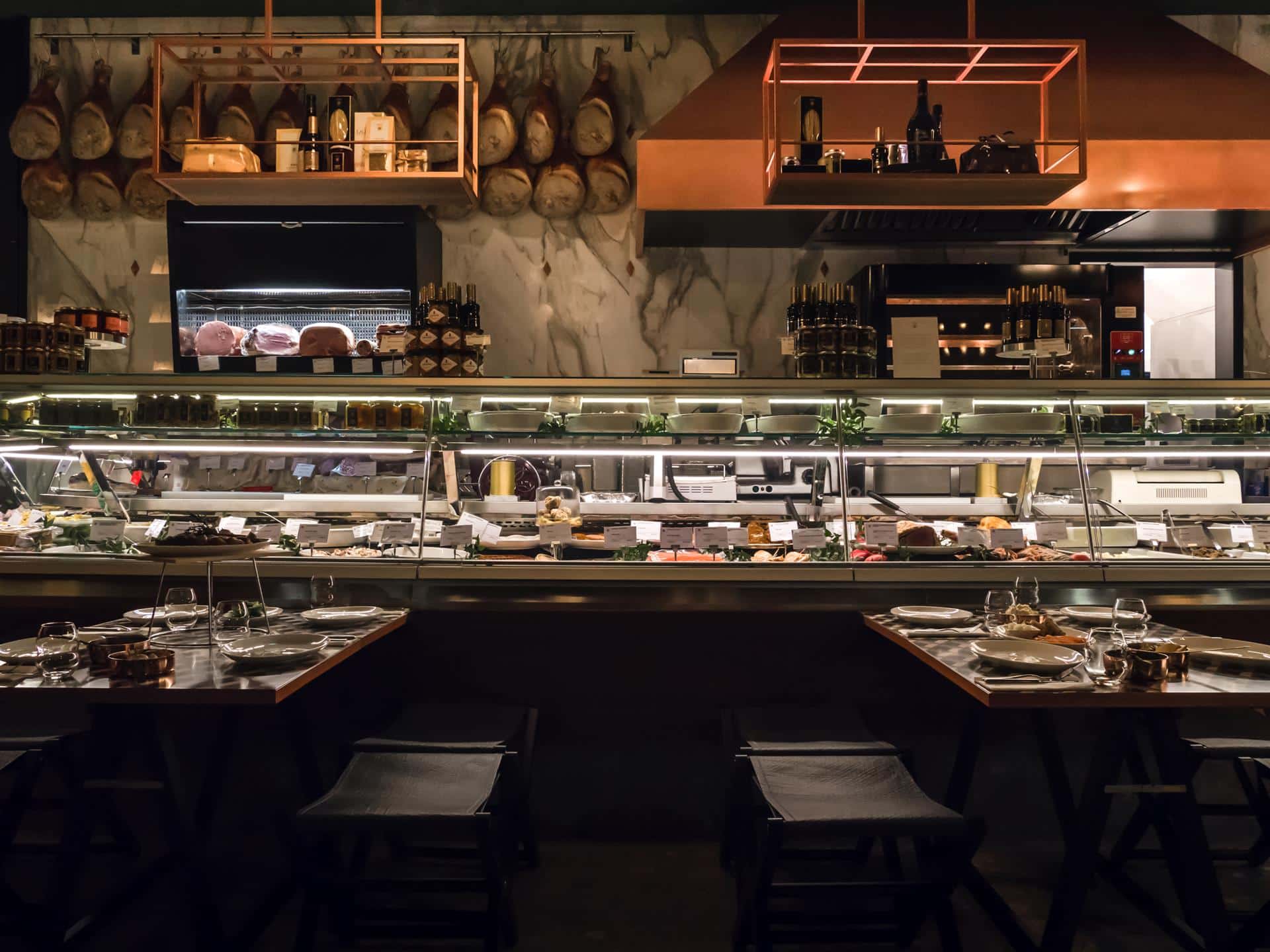 The concept of “designing relationships” between past and present lies at the heart of an ambitious vision set out by Vudafieri-Saverino Partners for a new branch of Milan’s famous Peck delicatessen.

The historic brand, founded in 1883 by a Czech salami maker, became a symbol of the city’s post-war economic regeneration—and the architects aspired to channel that heritage while simultaneously creating a modern, functional venue in the CityLife shopping district.

First and foremost, it’s not only a delicatessen: While visitors are free to choose from a selection of fine products to enjoy at home, they can also sit down to order traditional dishes in a 50-person restaurant, which offers the unconventional option of sitting at collapsible tables next to the deli counter itself, or sip a cocktail at the bar.

The 300m2 space is layered with subtle symbolism and historical connections.

“The quotations pay homage to a shared history—subliminal, rather than explicit, messages of a sober yet bold Milanese character,” architect Alessandra Bottiroli told ArchiExpo e-Magazine. 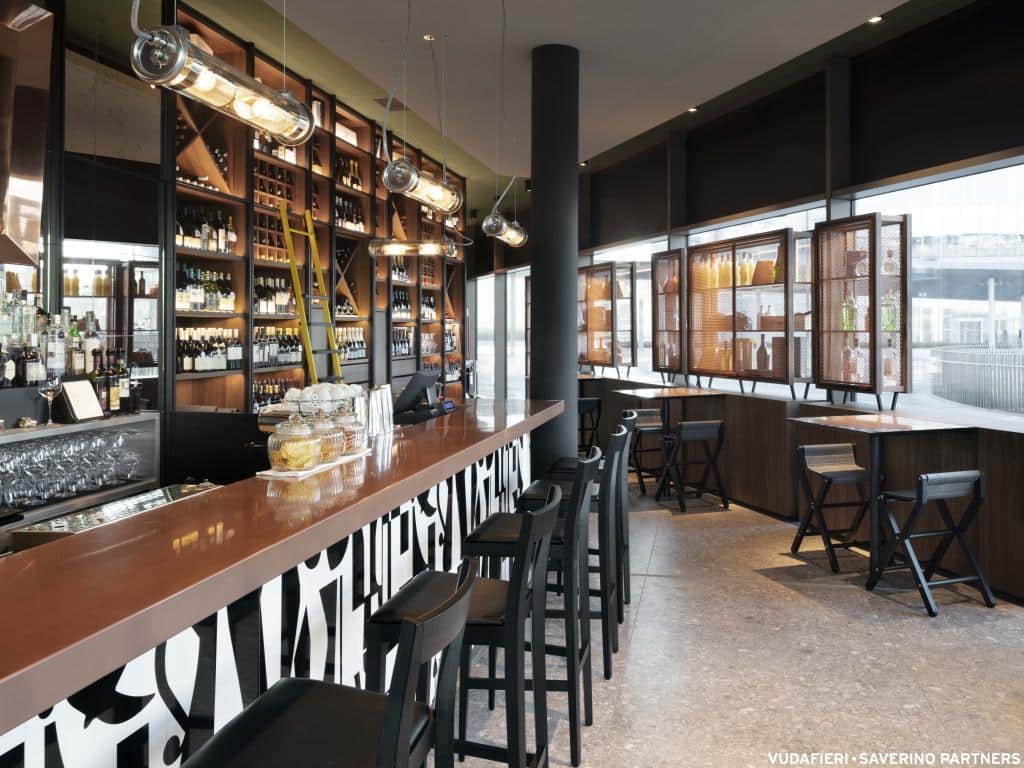 A dappled grey stone floor evokes the ceppo di Gré, a popular material that was extracted from quarries at Lake Iseo. The struts which support shelves echo the iconic Torre Velasca, built in the 1950s. On the ceilings, wooden lozenge and grid shapes reference the stunning Villa Necchi Campiglio, completed by influential architect Piero Portaluppi in 1935.

In the main dining area, the geometric ceiling pattern, which also recalls the Milanese design of the 1950s and ‘60s, is reflected by a similar diamond motif on tabletops made from ALPI Grid Wood, which features woods of four different colors joined with a traditional inlay technique to create an optical illusion of irregular depth. 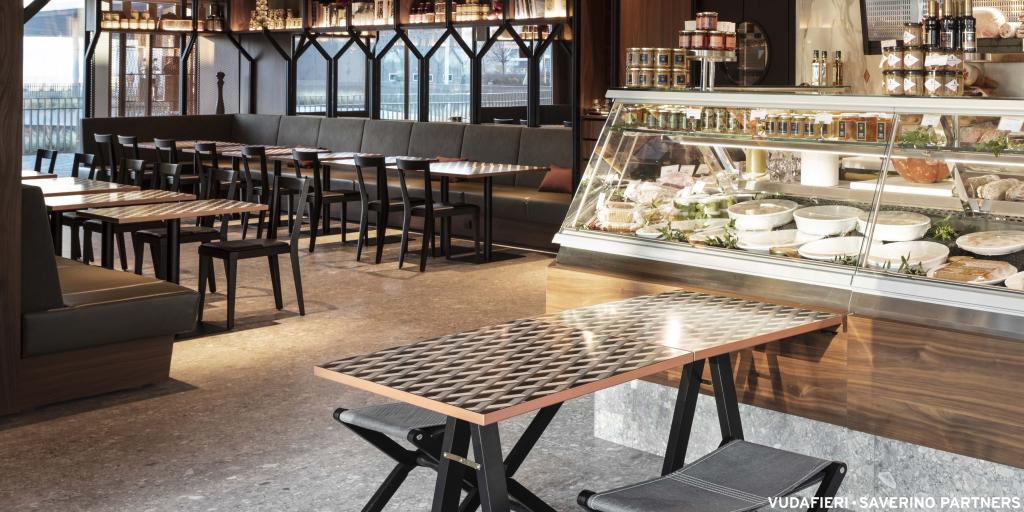 “The elaborate yet elegant light fittings boast of a post-industrial style “intended to recall the aesthetic tradition of Milanese palaces,” Bottiroli explained.

A sober color scheme based around black, grey and brown pays homage to materials such as iron, copper and wood that feature prominently in the original Peck store on Via Spadari in central Milan. Other references are less obvious: The structure of the cocktail bar is adorned with hand-painted porcelain tiles, which mimic a design taken from a 1950s photograph, while blue and white kitchen tiling also harks back to Peck history.

From those humble roots, the company has established an international presence in Japan, Singapore and South Korea, but the CityLife branch is the first to be opened outside Peck’s original home neighborhood in Milan. 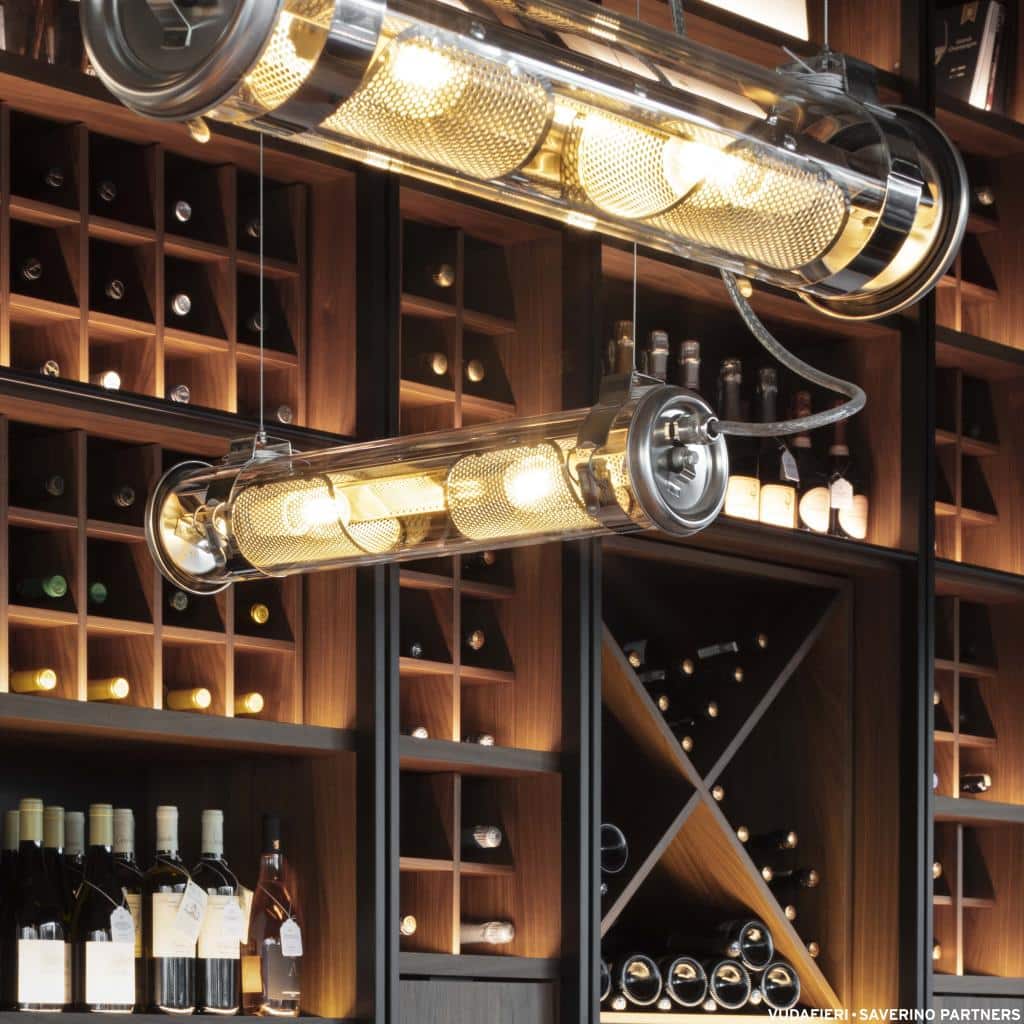