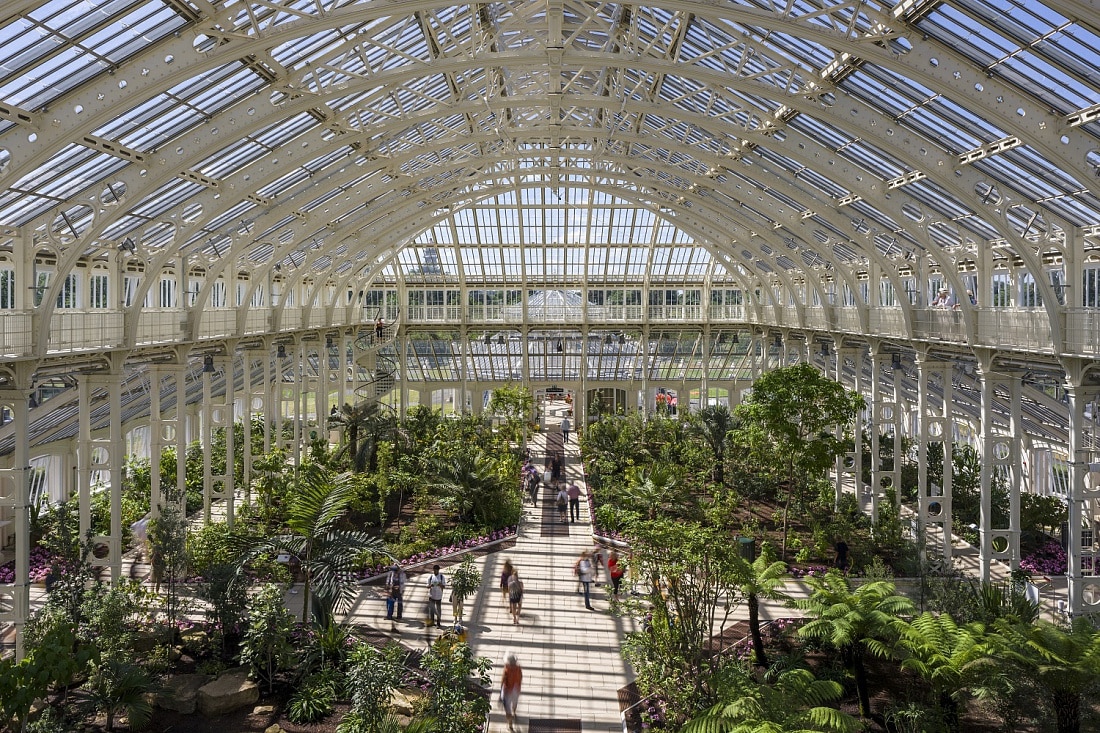 After nearly five years of meticulously restoring the Victorian-era Temperate House, the architectural team at Kew Gardens reached a key moment: They installed a giant rain-making machine above the building to simulate the infamous British weather and make sure that precious plants would be protected.

When the glass roof “leaked like a sieve,” in the words of head architect Aimee Felton, “it made us question whether we had chosen the wrong material, the specifications were wrong, or we needed to think again.”

“It made us question whether we had chosen the wrong material.”

With 15,000 panes of glass replaced, and a grand total of 69,000 individual elements removed and renovated, the groundbreaking £41m ($54m) project was never going to be plain sailing for Felton and her colleagues at Donald Insall Associates, a specialist conservation studio.

Their first step was to store hundreds of delicate plants in temporary arboretums, before building a huge tent, with space for three jumbo jets, to enclose the pavilion—a period masterpiece originally designed by Decimus Burton that opened in 1863.

Once builders had put up 180km of scaffolding, the glasshouse was stripped to its exoskeleton. More than a dozen layers of paint were scraped off and replaced with 5,280 fresh liters of cream white—enough to cover four football pitches.

A modern lighting system built from bespoke clamps and metal railings which run parallel to the original structure has been designed to avoid scratching that special fade-resistant paint job.

“A new, energy-efficient biomass heater for the winter months will also reduce emissions by 20 percent.”

The adaptable lighting rig also carries dozens of wireless routers, a crucial component to one of the most important innovations: A building management system for climate control. Clumsy manual wheels have been replaced by an automated program that monitors temperature and humidity levels to open or close windows, maintaining optimum conditions for the plants—and saving a huge amount of staff time. A new, energy-efficient biomass heater for the winter months will also reduce emissions by 20 percent.

Since the Temperate House reopened in May, visitor numbers have rocketed—and the building is well prepared, with new accessible entrances outfitted with ramps and electric doors, which improve the flow of air as well as people. Closed basements have been opened to house public toilets and staff facilities, while a kitchenette will cater for events. 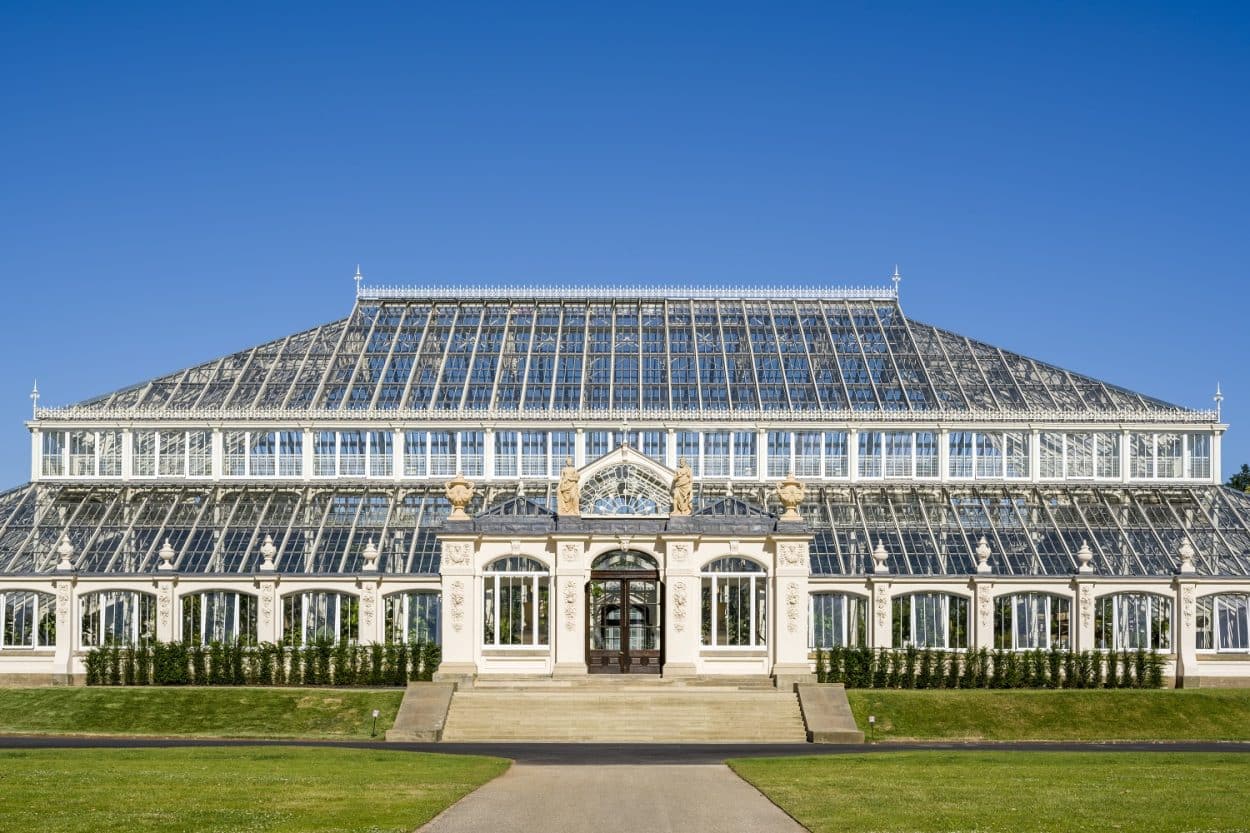 Preserving the essence of Burton’s vision has been carefully balanced with practical upgrades. “You have to be quite pragmatic about the way you treat listed buildings,” explained Felton, “because there is no point cementing a building in one fixed time if it can’t be useful and produce what is needed for the modern visitor.”

After many more rain tests, engineers discovered the leakage problem had arisen because the windows were too straight—so their solution was to add a bit of simple, old-fashioned human touch. “This is essentially a handmade building, and, while it looks incredible symmetrical, each individual section is marginally different,” said Felton.

We’d just forgotten that each window had to go in at a slightly different angle. That’s what cracked it.”