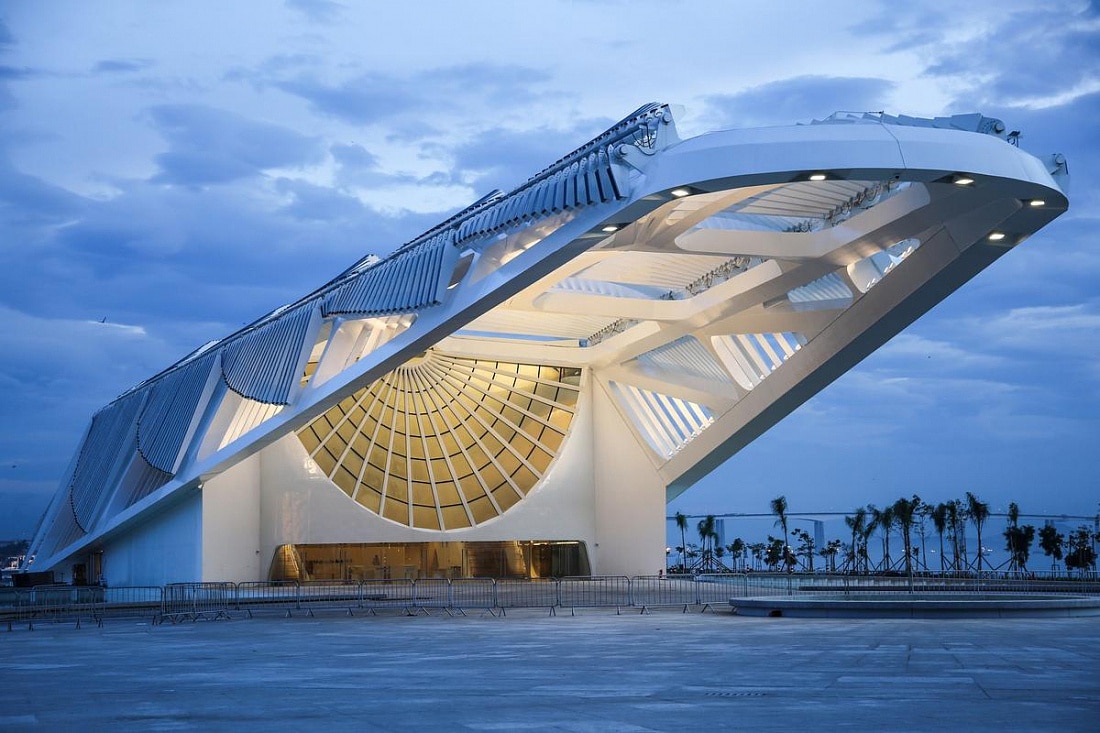 Occupying its own dock on the sweeping Guanabara Bay, Rio de Janeiro’s new Museum of Tomorrow—opened in December—makes a bold statement in both name and design.

It was envisioned by Santiago Calatrava, who told ArchiExpo he intended to create a building that “interacts with the very special relationship the city has with its natural surroundings, the sea and the mountains.” 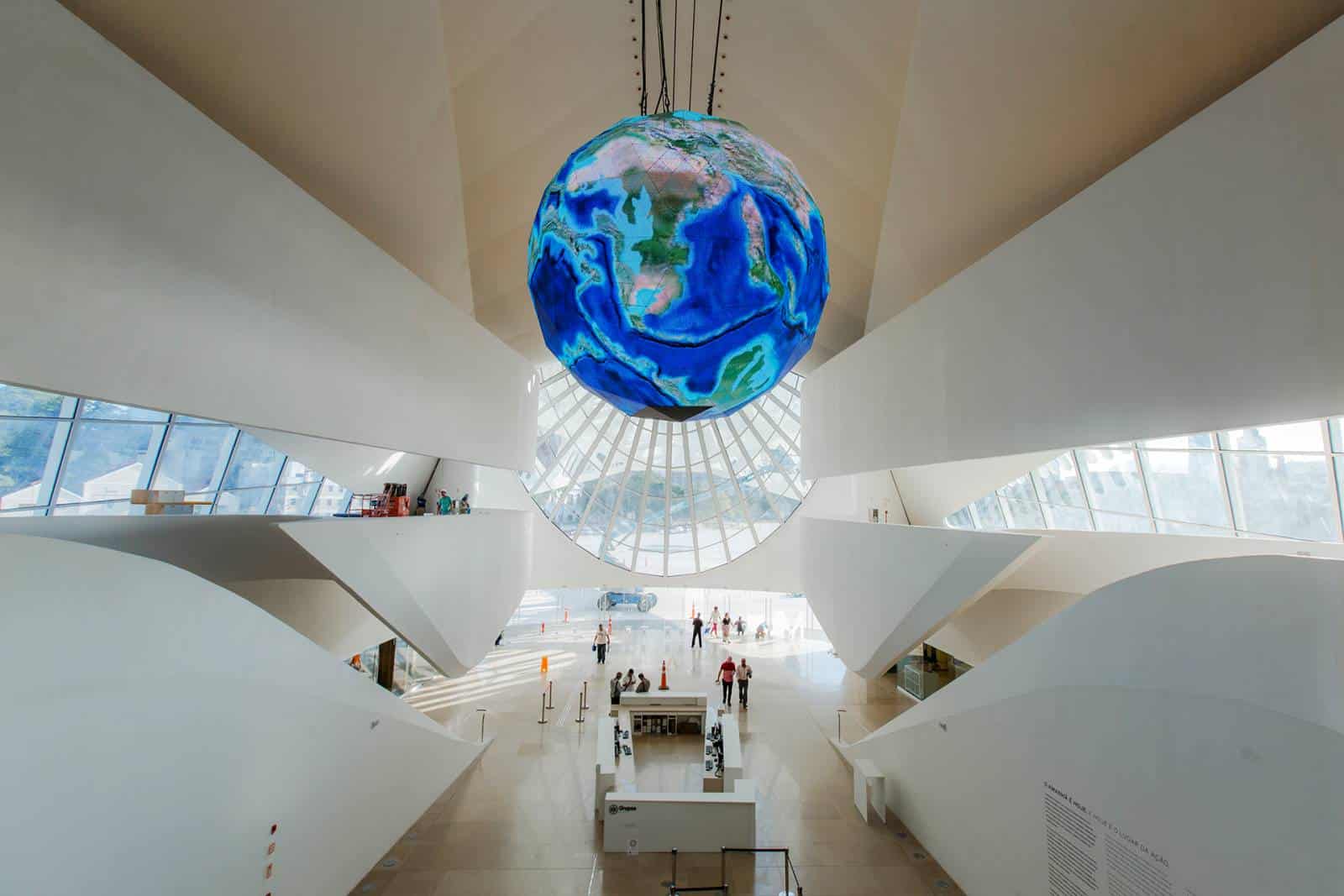 The long, slender museum is arguably as striking as the beautiful seascape panoramas that have made Rio an iconic destination—but in a completely different way. In a subtle variation of his signature curved construction style, Calatrava uses straight lines and grids to form smoother shapes, whose arcs and bends provide a delicate yet potent contrast.

The architect clearly wanted to play with the observer’s sense of perspective: The museum can look like several completely different buildings, depending on your viewing angle—perhaps a futuristic rocket launch pad, or a sci-fi spaceship.

A network of cycle paths and public gardens with 15,000 newly planted trees surround the building; its height was limited to 18m above pier level due to the nearby São Bento monastery, a UNESCO World Heritage Site. 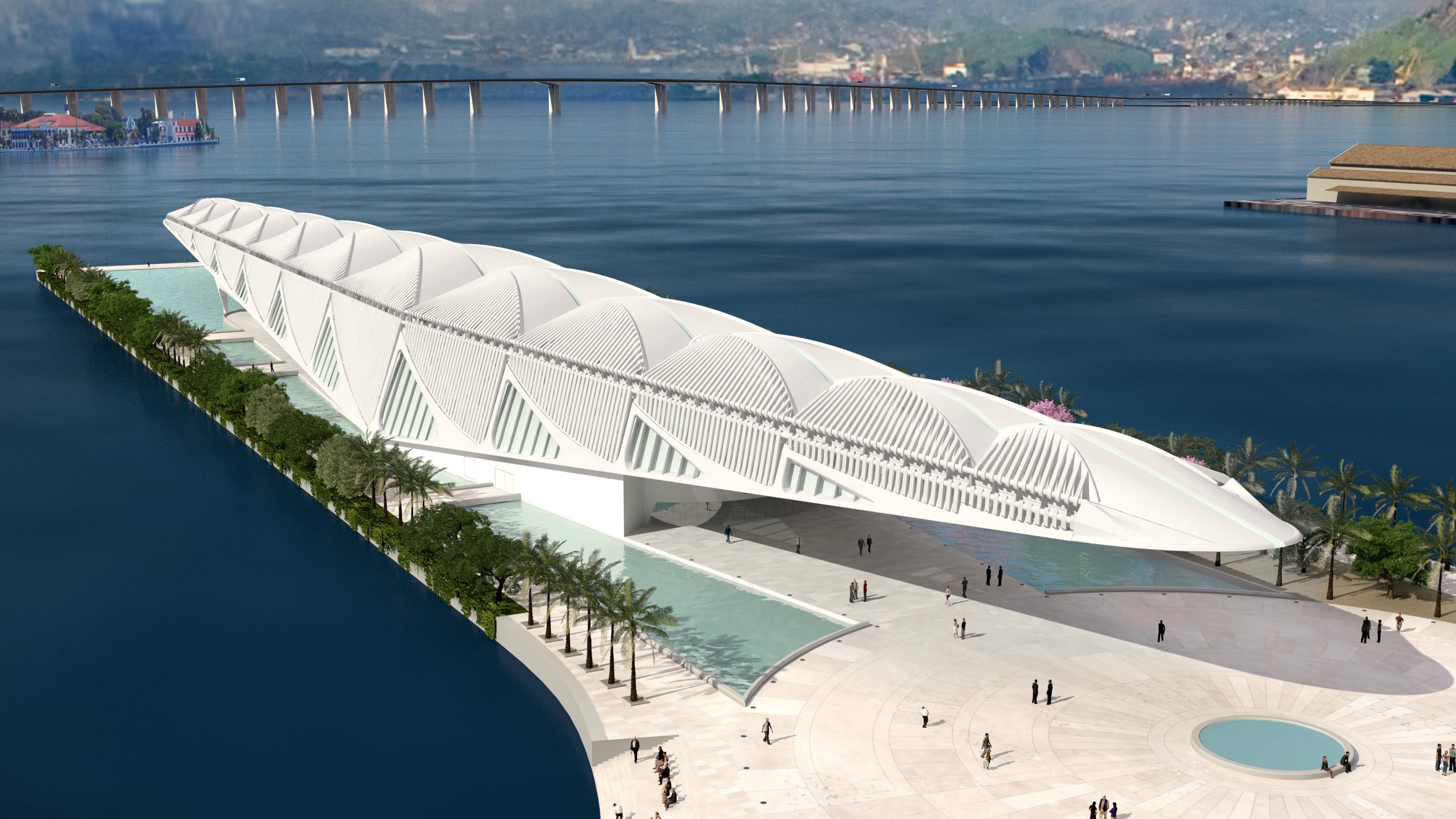 Inside, 5,000 square meters of exhibition space molded from concrete are colored in the same brilliant white as Calatrava’s imposing metal exterior, which also boasts huge windows that capitalize on the South American sun.

Another feature that takes advantage of Rio’s many daylight hours is a cantilevered roof with “fins” of photovoltaic solar panels, arranged in contours which move to follow the sun, effectively bringing the building to life while generating electricity.

Striking aesthetics also combine with sustainability in a vast reflective pool, intended to create a sensation from afar that the museum itself is floating.

The Pool up Close

Six pumps pull cold water from deep in the bay, filling the pool and feeding an elaborate air conditioning setup. The water is used to exchange heat with a cooling system, reducing power consumption and avoiding the wastage of drinking water in cooling towers—a measure projected to save 9.6 million liters per year. 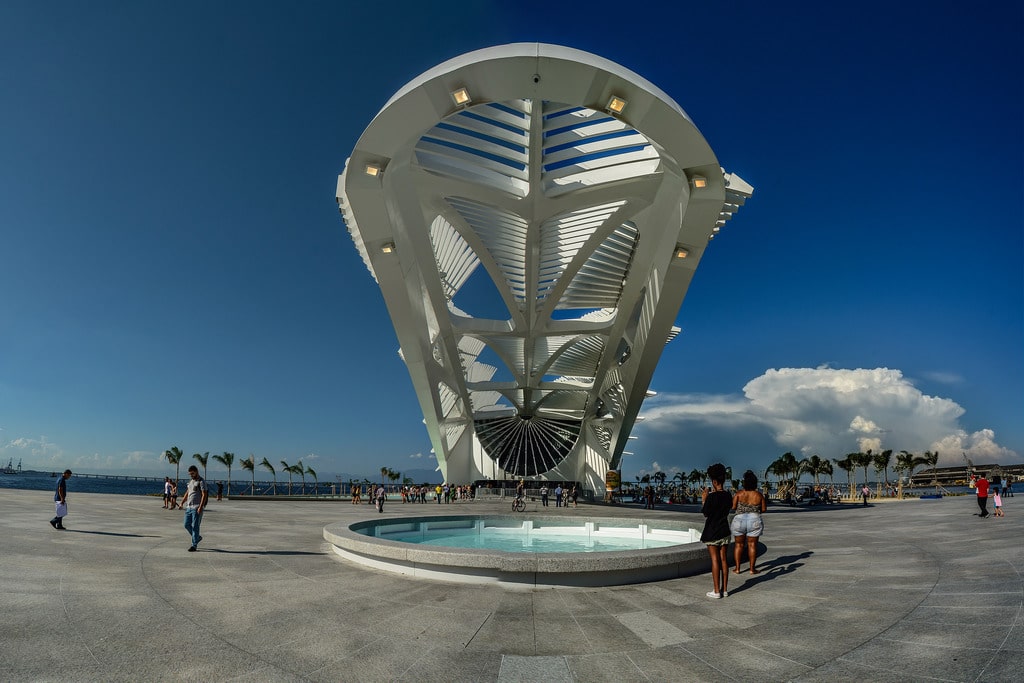 As a symbolic gesture of what Calatrava calls “the concept of ecology as an architectural element,” water is returned to the bay in a cleaner state after being pumped through cooling pipes. His firm hopes the building will be recognized with a platinum LEED certification for energy efficiency.

In a museum featuring interactive installations and exhibitions designed to make people think about the passage of time in our world, the emphasis on environmentally conscious architecture gains even higher resonance. 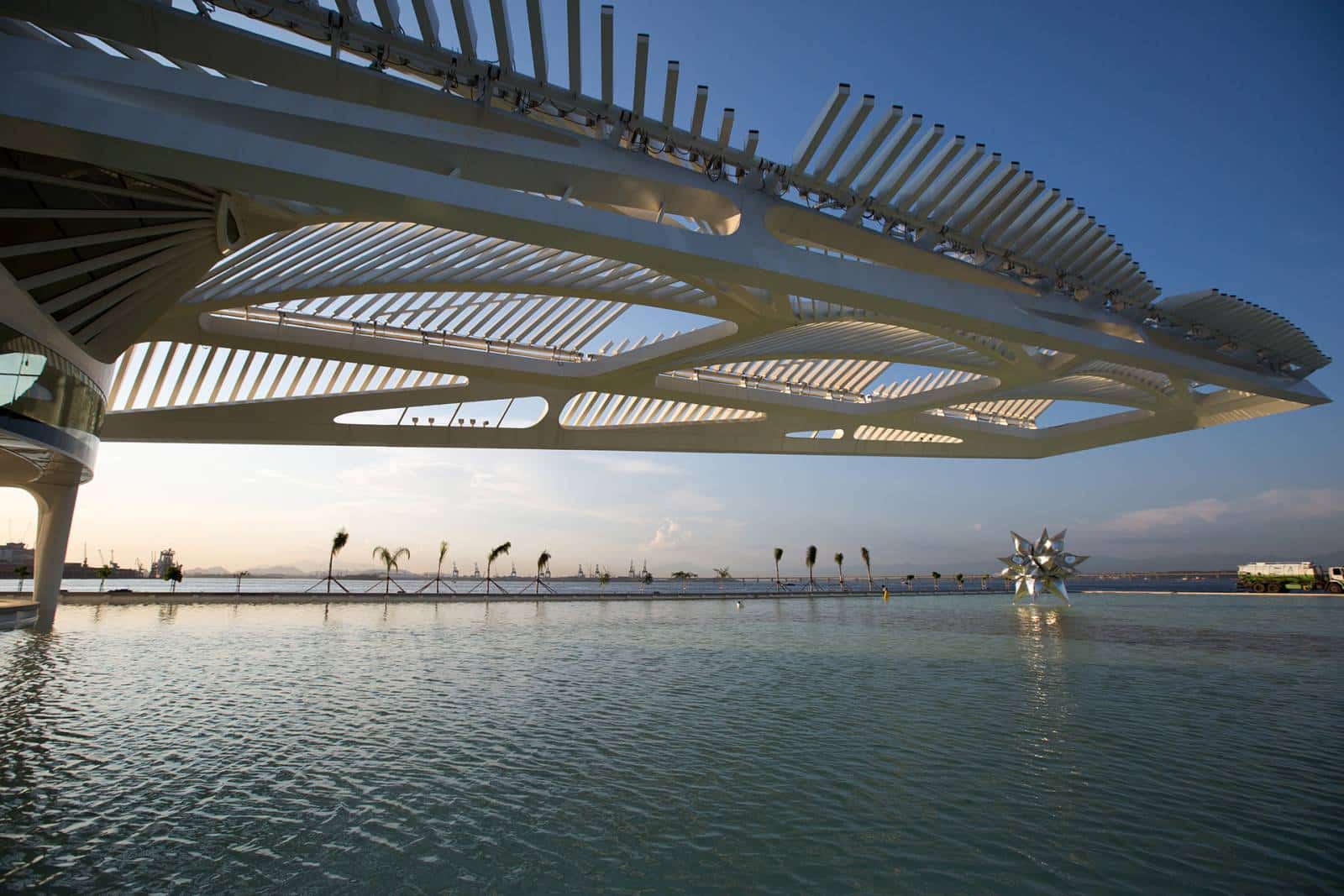