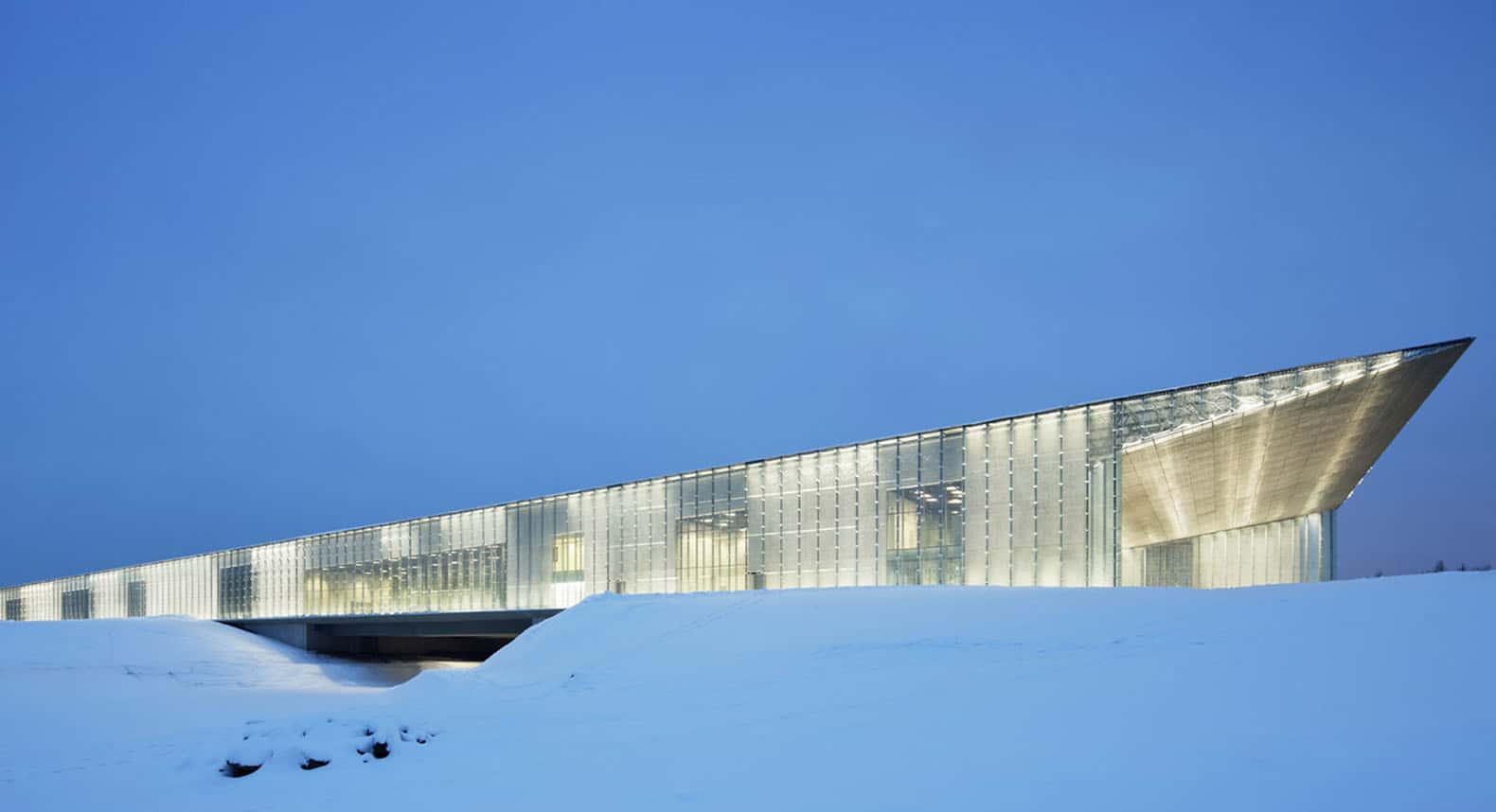 It’s nearly three decades since Soviet planes last took off from an airbase near the Estonian city of Tartu. Today, a man-made object of a very different nature rises into the air from the long-deserted concrete runway.

Designed by the now-dissolved architecture office of Italian-Israeli Dan Dorell, French-Lebanese Lina Ghotmeh and Japanese Tsuyoshi Tane (collectively known as DGT), the Estonian National Museum opened its doors in October of last year. The gargantuan, 355-meter-long building cost €75 million and took over a decade to materialize.

While the distinctive sloping shape of the museum is intended to represent Estonia’s emerging history, its striking architecture also reflects the building’s ambient conditions.

“Estonia’s extreme climate—with temperatures swinging between 30°C in summer and -20°C in winter—was an important driving force behind innovation in the design,” says Ghotmeh, who now has her own Parisian atelier.

The museum’s 35-meter entrance canopy is designed to bear heavy snow and wind loads, and to ensure a thermal break between the exterior and the interior of the building. The metal structure rests on independent insulated pillars to allow movement with temperature fluctuation. 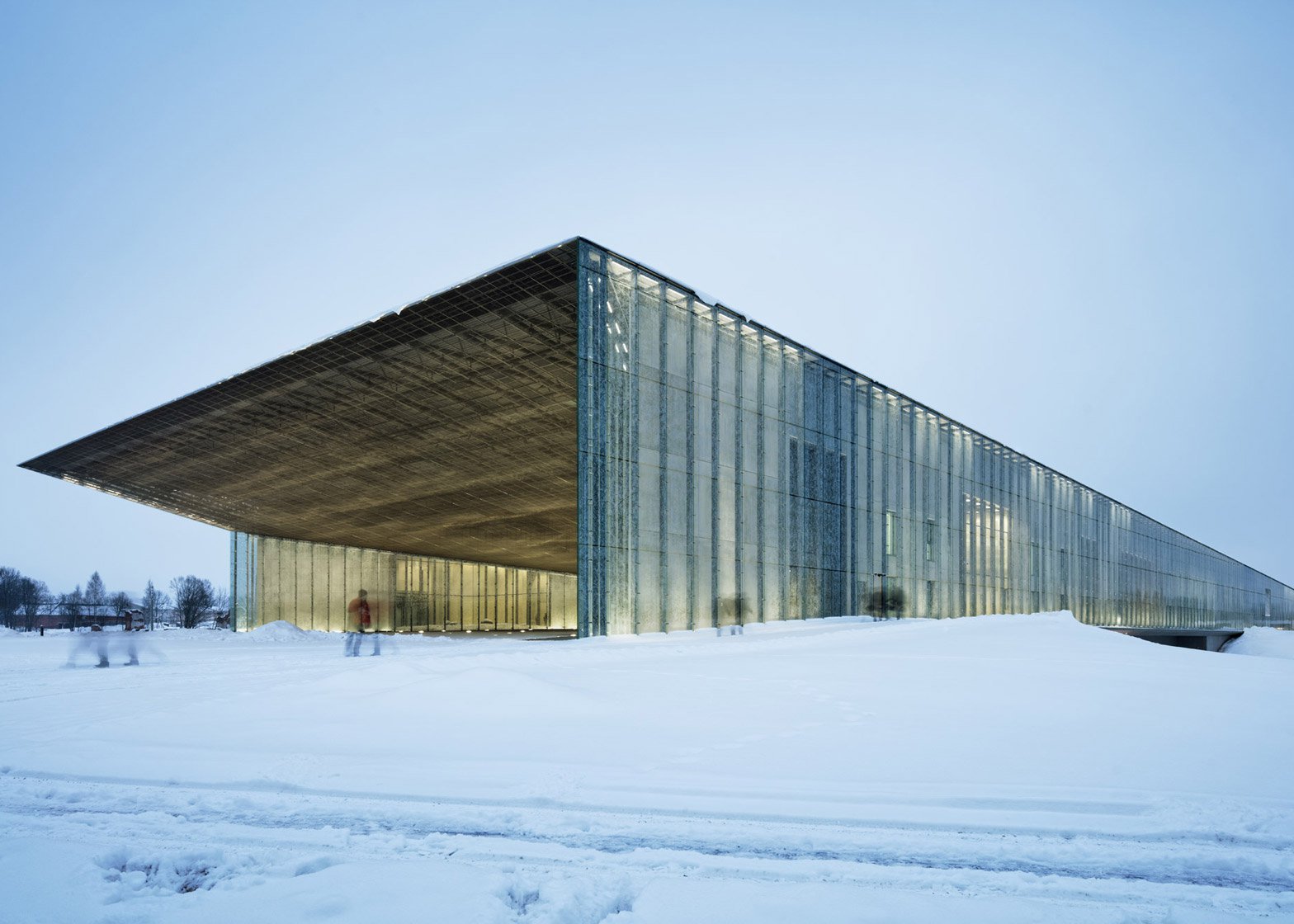 The entrance canopy. Courtesy of the architects.

The basement of the museum, which contains the archives, is constructed from a special silicate concrete that enhances temperature stability, while the building’s glass exterior, which features a repetitive, silk-screened pattern of white octagonal stars, represents both Estonian culture and the local weather.

“The star is derived from the cornflower, the national flower of Estonia, and takes its inspiration from Estonian folk heritage,” says Ghotmeh. “In winter, the skin of the museum mirrors the snow-covered landscape, helping to soften the impact of the building’s monumentality.” 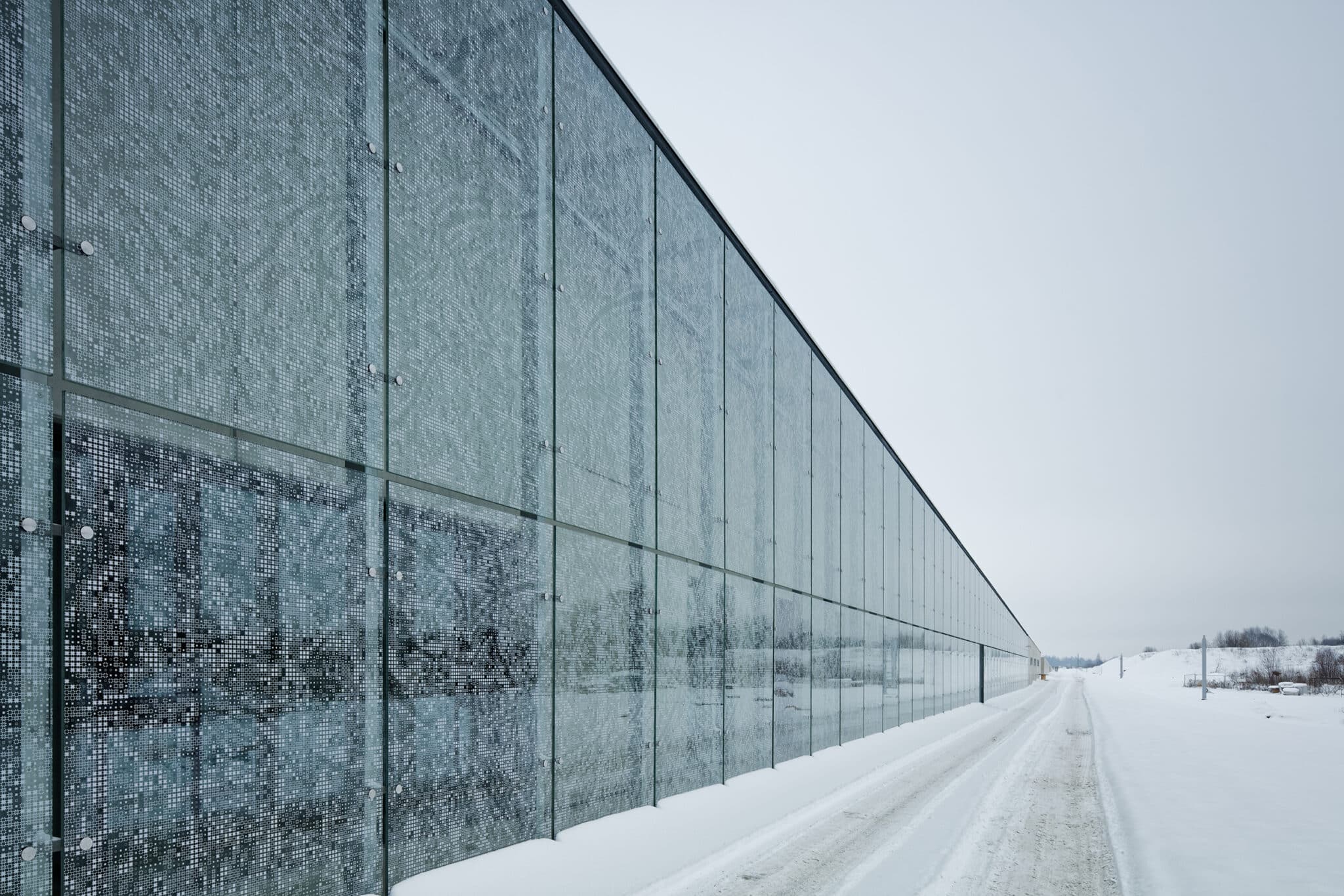 The facade of the Estonian National Museum by DGTArchitects. Courtesy of the architects.

The land the museum sits on once held the Raadi Manor, which was owned by a family of Baltic German aristocrats. In 1940, part of the grounds was requisitioned to create the Soviet airbase. Deserted since the 90s, the land portrayed nothing of value on the site until the museum.

A third of the way along its length, the building spans a recently modified lake—one of a clutch that once graced the manor’s manicured gardens. This wing-shaped body of water should eventually provide an attractive recreational venue for ice skaters, boaters and swimmers.

“We have changed everything here,” says Tsuyoshi Tane. “Before, there was nothing on this site. But after 10 years, we have realized our ambition of transforming this massive airfield into a place for people.”

Despite its monolithic appearance, the Estonian National Museum treads surprisingly lightly on the landscape. It is already drawing crowds, despite its distance from the capital, Tallinn. With the building seeking to define ethnic identity and celebrate national culture, DGT’s humanist design is proving as appealing as it is groundbreaking. 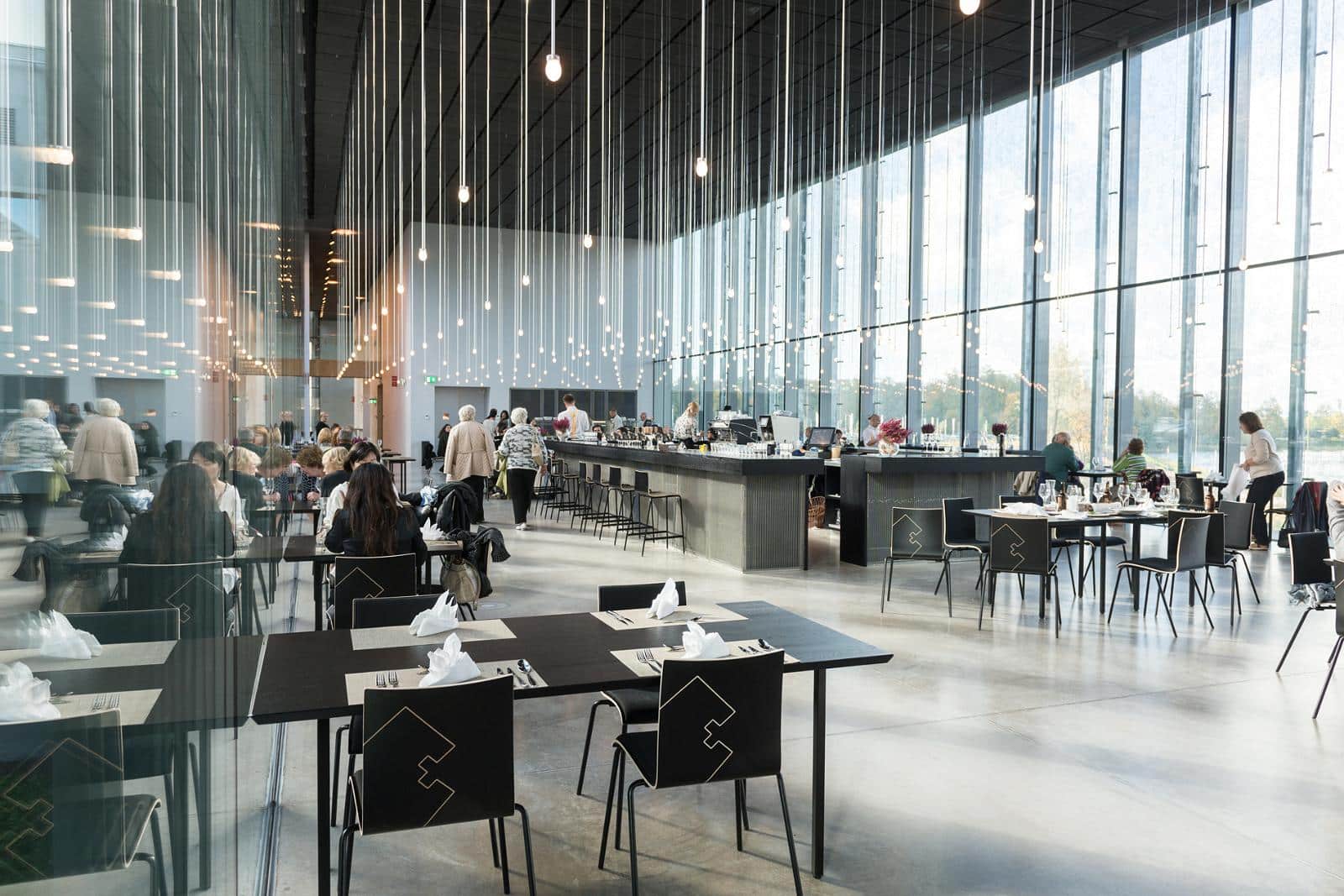